Dana White on Zuffa Boxing: We Will Absolutely Be in Boxing

For nearly a year, UFC president Dana White has discussed the possibility of starting his own boxing brand.

The brand, which White plans to call 'Zuffa Boxing,' has not exactly gotten off the ground.

White has made attempts to sign several high profile fighters - like Mikey Garcia and Anthony Joshua - without success. 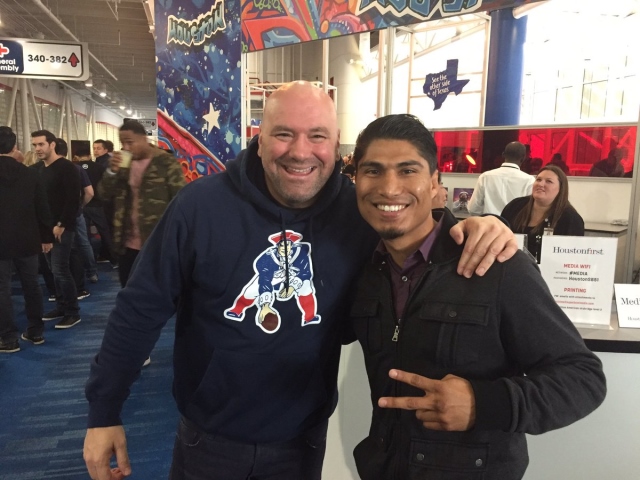 During the last few months, the boxing landscape has significantly changed. HBO has made a decision to drop boxing from their network, streaming service DAZN has made exclusive content deals with Golden Boy Promotions and Matchroom Sport, and Premier Boxing Champions have content deals with Showtime and FOX.

According to White, the Zuffa Boxing brand will "soon" make some noise.

“I had a meeting in LA yesterday. We are continuing to move forward, and we will absolutely, positively be in the boxing business,” White stated to ESPN's Brett Okamotoe.

“I just bought the building next door here. We’re building a $12 million facility. We’ll basically have our own arena. We’ll be able to put fights right here next door and air them live anywhere in the world. I can do MMA fights, I can do boxing, I can do kickboxing, I can do jiu-jitsu, I can do all kinds of different fights and tournaments. We’re going to do a lot of things.”

With HBO's departure from the sport, there are still several network free agents on the market. The biggest name of the bunch is former WBC, WBA, IBF, IBO middleweight champion Gennady Golovkin, who last month lost a razor close decision in his rematch with Canelo Alvarez.

“If you know how I run my business and what I like, yes I want all the best boxers in the world,” White said. “I want them all to fight each other and find out who the real champ is. That’s what we’re going to do."

[QUOTE=Hatesrats;19225149]Heard Loffler has been having meetings with Zuffa Boxing...[/QUOTE] GGG with Zuffa Boxing would be interesting. Not sure wtf fight GGG is getting with Zuffa doe. I feel like GGG would need to align with someone who's got secured in…

Dana needs to focus on paying his fighters right before he jumps into boxing.

Heard Loffler has been having meetings with Zuffa Boxing...

Idk if all this change is actually good anymore. This sport is so disenfranchised it's not even funny. It's not even about the overall growth of the sport now it's all about money with less risk.