Custio Clayton vs. Johan Perez Set Down For June 29

TORONTO, ON—On Canada Day weekend, the real fireworks will be inside the ring at the Scotiabank Convention Centre, as Lee Baxter Promotions presents another night of world class professional boxing on June 29.

After developing a partnership following last year’s successful event at the Scotiabank Convention Centre, the two have come together to do it a second time—this time, with an absolutely stacked card, full of top talent from Canada and across the globe.

In the main event, one of Canada’s top pound-for-pound fighters, Custio Clayton, will battle former two-time interim world champion Johan Perez, with multiple titles on the line. The winner will be elevated into a top ranking in several sanctioning bodies in the welterweight division. 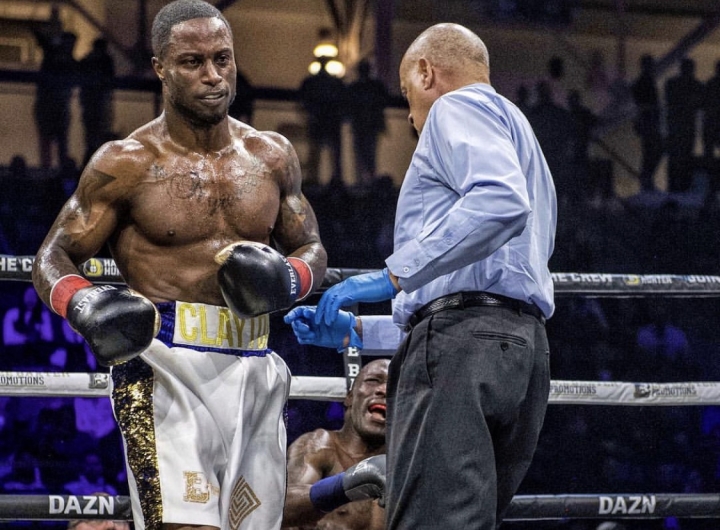 Clayton made his debut under the Lee Baxter Promotions banner earlier this year, destroying former world champion DeMarcus Corley in Toronto, and looks to keep his momentum at full throttle in 2019.

“Custio is one of the most celebrated fighters in Canada of this generation, when you include his Olympic pedigree, so it’s only fitting that he’s the one headlining on Canada Day weekend, one of the busiest weekends of the year in Niagara,” said Baxter. “Custio is a hero back home in Nova Scotia, but he’s known and appreciated everywhere in the country, especially with Niagara’s fight fans.”

In the co-feature, Samuel Vargas will return to Canadian soil after his thrilling war with Luis Collazo on ESPN, against an opponent to be named shortly. Vargas and Collazo stole the show at Madison Square Garden on St. Patrick’s Day—even in the eyes of the Irish faithful there to see Michael Conlan.

Canadian fans have known all about how exciting Vargas can be for years, as he’s spilled blood and thrilled crowds across the country throughout his entire career, including his battle against Maximilliano Godoy in the same venue in Niagara just last year.

“Sammy is finally getting recognition from the fight fans across the world for what.we’ve always known—in the right fights, this guy can be the Gatti or Ward of this generation. Whoever he’s in with on June 29, you can expect action,” said Baxter.

Opening the night will be Irish superstar Lee Reeves, who is fresh off a one round demolition job of Guillermo Lettieri that rocked the Danforth Music Hall crowd in downtown Toronto. Already at 4-0 in his first full year as a professional, Reeves will get a chance to show his skills in front of a new audience in Niagara Falls.

“As Tyson Fury has said, Lee is the next Irish superstar in boxing, and he will be the next threat in the super lightweight division as well,” said Baxter. “At this rate, it won’t take long for either of those things to happen. Getting a chance to see Reeves in an atmosphere like this early in his career could be something the fight fans in attendance will remember for a long time.”

Finally, Niagara’s own future star, Joshuah Lupia, will close out the action in a special attraction bout against an opponent to be named soon. Thus far, none of Lupia’s three pro fights have gone the distance, as the prospect has scored knockouts in all three of them. He hasn’t been in action since last year at the Scotiabank Convention Centre, and is itching to put on another memorable performance for his home crowd.