Curtis Stevens vs. Wale Omotoso, at 154, on August 3 at Barclays

Brooklyn puncher Curtis Stevens has announced that he will move down in weight to 154 pounds, as he eyes up a world title in the Super Welterweight division.

Stevens, who shared a ring with fellow knockout artist Gennady Golovkin, is well known to those inside of New York and is recognized within boxing circles as one of the most talented fighters within New York, if not the USA.

The 15-year pro is still only 33 and is eyeing a run down at Super Welterweight in a bid to create an Indian summer to his career. 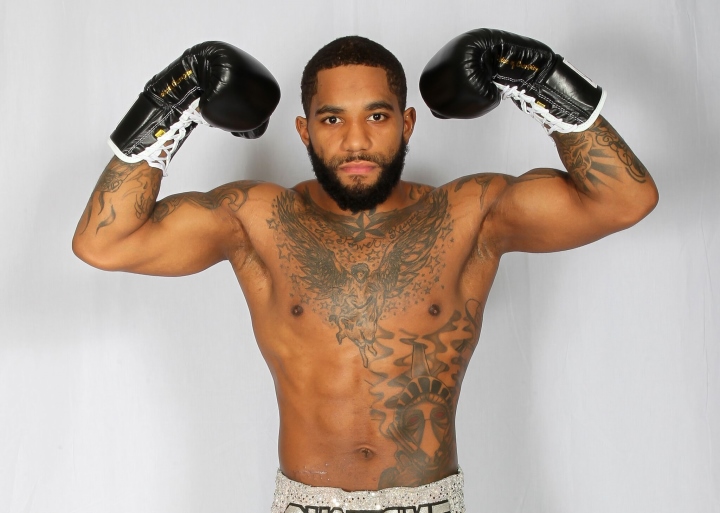 Stevens opened up about his decision to move down to 154, “Our camp under the guidance of Andre Rozier is full currently of talented fighters and we want to have Champions in each weight class. Sergey Dereyenchenko and Tureano Johnson are at 160, so I wanted to take the spot at 154,” Stevens stated.

“I’ve always made Middleweight comfortably, and I feel that I can be even more destructive at 154, so I’ve made the decision to move down in weight and give my best a better chance in becoming a world champion.”

Stevens returns on August 3 at Brooklyn’s Barclays Center against Wale Omotoso who brings a 27-4 record to the table. The Brownsville native discussed his opponent on August 3 and beyond.

Stevens said, “I knock people out at 160 and 168 and I’m going to do that even more destructively at 154 and that’s what you can expect on August 3. I’m grateful to be back in the ring and thank you to my whole team for making that happen.

“I don’t know too much about Omotoso and honestly I don’t really care it’s not about him it’s about me getting back in the ring and producing a more destructive version of what the boxing public has seen before and I know that is enough to stop this guy and put on a show in front in my hometown in Brooklyn.”

Stevens continued, elaborating on his future plans for his career.

“I never overlook any fighter and I am not overlooking this guy. I am training harder than ever as I am more hungry than ever to become a world champion.

“I’d fight any of the champions I don’t care who I fight really, the same outcome is going to come and that’s a Curtis Stevens knockout victory. Anyone with a belt at 54 I’ll fight; Williams, Harrison, Lara, Munguia, anyone can get it. The minute these fighters feel my power at Super Welterweight they’ll know they are in for a hard nights work.”

War Stevens! Chin Checkers stand up!!! He should have made this move years ago.

[QUOTE=KTFOKING;19840969]I think his manager is the same one as Kownacki's manager and that's probably how he got on this card.[/QUOTE] Ah that makes sense. If Stevens wins this fight, he’d be a good test for our boy Lubin.

Why on earth didn't he do this years ago? 154 or even 147 seems like it would be Stevens' natural home. It's blowing my mind a little to see he has fought as high as cruiser early in his career!…

Decent scrap for Kownacki's undercard. I doubt this will be on the televised portion!

Welcome back, WAR STEVENS! Stevens vs Jrock or munguia would be fireworks