CSAC To Cancel Bouts if Fighter is 15% Over Contracted Weight

One of the most prominent combat sports regulatory bodies in the world is trying to change and improve extreme weight cutting tactics.

The California State Athletic Commission passed a rule Tuesday indicating that they’ll cancel a boxing or MMA match if any fighter weighs more than 15% above the contracted fight weight on the day of the event.

The CSAC voted 5-0 during a meeting at the Millennium Biltmore Hotel in Los Angeles, and the  adoption of rules around dehydration and rehydration will officially be in place sometime in 2020. 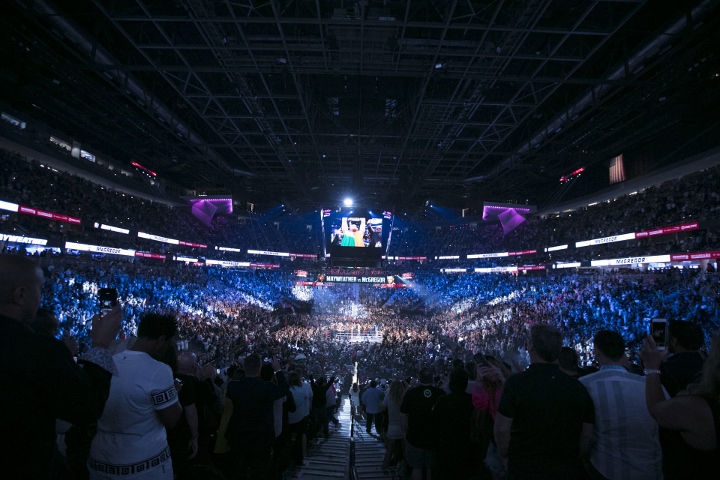 The CSAC culled data from thousands of combat sports athletes, and the new 15% rule impacts MMA fighters more than it does boxers — 9 out of 574 of boxing matches (.015%), and 28 out of 274 MMA fights (9.7%) in the state would have been canceled from January to October 2019 under this new rule.

“As regulators, we’re in charge of the sport. We’re trying to keep a very dangerous sport as safe as we can. We need to create a better playing field where fighters have a limit,” CSAC executive director Andy Foster told BoxingScene.com. “The CSAC said today that ‘enough is enough. This is getting out of hand.’ The state of California is taking this seriously and this commission wants fighters to be safe.

“Fifteen percent is such a giant number that fighters will hardly be affected by this. But it will tell the promoters, matchmakers and the fighters that you have some risk now of the fight not happening. This is a problem that can be fixed with a pen, and we have allowed for a culture to be created, and it’s perpetuated a dangerous practice.”

While every fighter rehydrates differently in a 24-hour span because their body is not built the same, the CSAC is hoping the fear of cancellation will help shape better tactics and even refrain fighters from undergoing another potential weight cut during the day of their fights. Foster said they also want promoters to better match fighters near their natural weight classes, even preferring catchweights rather than actual divisions if a fighter's weight calls for it.

“We’re not trying to mess up anybody’s fights. At least now, there is a limit,” said Foster, noting that the CSAC allows both parties to adjust contracts all the way up until the weigh-in. “Gaining that kind of weight back puts fighters and their opponents at danger. It’s just not appropriate when a fighter goes up several weight classes [after the weigh-in].”

In May 2017, the CSAC introduced a 10-point plan against weight cutting. Foster said that once boxer Danny O'Connor collapsed trying to make weight for the Jose Ramirez fight in July 2018, and was hospitalized due to dehydration symptoms, they put this measure on their radar again.

During UFC 241 in August, three fights would have been canceled under the new rule because Sodiq Yusuff, Manny Bermudez and Sabina Mazo each gained back more than 15% of their weight hours before their respective matches.

Foster said the CSAC has formulated another regulation package that calls for more frequent MRIs and various other requirements as part of the testing battery.

“This weight cutting is a health and safety issue that boxing needs to improve,” said Foster. “It’s dangerous and its unhealthy. The CSAC has taken steps over the last several years to address those issues. More needs to be done.”

[QUOTE=MDPopescu;20126047]... California isn't Nevada... and boxing isn't MMA...[/QUOTE] They lost me when they said “California is one of the most prominent combat sports regulatory bodies in the World”??? If I remember correctly Margarito was allowed to box there with his…

[QUOTE=I'm Widdit!;20126100]Yeah but[B] the article [/B]you’re referring to is specifically talking about Title fights. The danger is everywhere, moreso in prospect fatalities so far... And,[B] you’re [/B]referring to the second day weigh in of 10lbs max the morning of like…