Cristofer Rosales Returns To The Ring in Miami, Florida

It is now or never for former world titleholder Cristofer Rosales.

The former WBC flyweight titleholder will attempt to make one more run a world title belt.

Rosales will be in action Thursday as he faces late-sub Samuel Gutierrez in a 10-round bout at the Miami-Dade County Fair and Expo in Miami, Florida. 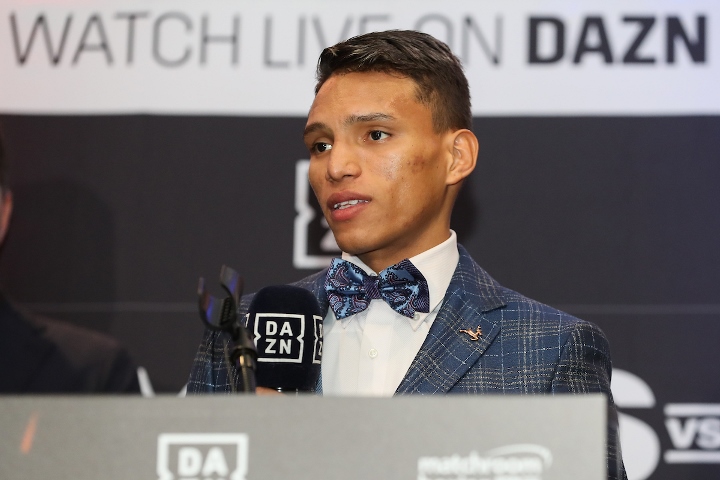 Rosales (30-5, 21 knockouts), who is originally from Managua, Nicaragua but trained for tonight’s fight in the Miami-area, last fought on August 29, dominating Jeno Tonte before stopping him in round 4.

The victory over Tonte was over eight months after Rosales lost to Julio Cesar Martinez by knockout. Martinez would win the vacant WBC with the win over Rosales.

Rosales, who turns 26 on October 6, won the vacant WBC flyweight title by stopping Daigo Higa in April 2018. The title became vacant after Higa was unable to make the flyweight limit of 112 pounds at the weigh-in the day before.

He would make a successful defense of the WBC title by knocking Paddy Barnes out four months later. Rosales would lose the title to Charlie Edwards by decision in December 2018.

Rosales is ranked number 4 by the WBC and number 10 by the WBA, but some wonder whether his best days are behind him. He is 2-2 in his last four bouts, and while he was competitive early in the Martinez fight, absorbed tremendous punishment during the last 3-4 rounds.

Gutierrez (16-26-6, 6 KOs), who resides in Saltillo, Mexico, has not fought since November 2, losing by knockout to unbeaten Gary Antonio Russell in the opening round. The 32-year-old has lost seven of his last nine fights.

Also on the M&R Boxing Promotions card, bantamweight contender Melvin Lopez (21-1, 13 KOs) of Managua, Nicaragua will square off against Colombia’s Yeison Vargas (17-4, 13 KOs) in a 10-round bout.

Francisco A. Salazar has written for BoxingScene since September of 2012 and has covered boxing in Southern California and abroad since 2000. Francisco also cover boxing for the Ventura County (California) Star newspaper. He can be reached by email at santio89@yahoo.com or on Twitter at FSalazarBoxing.