It was a stay-busy fight for the Rosales. In his last bout on August 29, Rosales battered Jono Tonte of Hungary before stopping him in round 4. 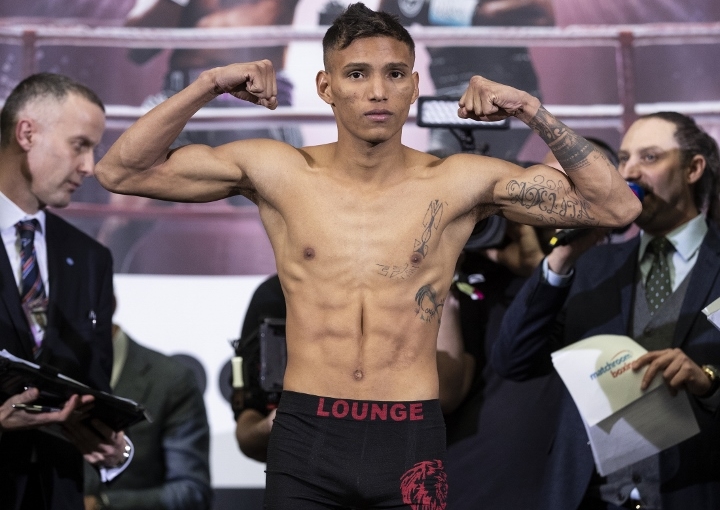 Gutierrez was game throughout most of the fight, finding some success on the inside, but the taller and more-polished Rosales connected with sharper combinations to the head and body of Gutierrez.

Rosales has now won his last two bouts since losing by knockout in round 9 to Julio Cesar Martinez on December 20. Martinez captured the vacant WBC flyweight title with the victory.

The 25-year-old, who is originally from Managua, Nicaragua and now trains in the Miami area, could be in line for another world title fight, should he continue winning. He is currently ranked number 4 by the WBC and number 10 by the WBA.

The southpaw Lopez, who is originally from Nicaragua and now resides in Miami, split Vargas’ guard, landing a straight left hand to the head, momentarily freezing Vargas who fell hard to the canvas. Referee Andrew Glenn immediately stopped the bout at 1:03.

Both Lopez and Rosales are managed by William Ramirez.

Cruiserweight prospect Serik Musadilov stopped Kent Holland (4-6-1, 2 KOs) of Hannibal, Missouri at 2:39 of the second round. Musadilov, who is originally from Kazakhstan and now resides in Miami, improves to 7-0, 7 KOs.

The card was promoted by M&R Boxing Promotions.