Cristian Mijares vs. Wilfredo Vazquez Jr. in Play For June 16

Promoter Pepe Gómez of Cancun Boxing confirms that the farewell Mijares (59-8-2, 27 KOs) will be on the previously mentioned June date - and that his rival, will be Vazquez (24-7-1, 19 KOs), who has been out of the ring since getting stopped by Juan Manuel Lopez in October of 2016.

"We just need to confirm the details of the flight dates, but that's it," said Gómez about the battle between former champions. "Mijares has been a great fighter, a great champion, and we are going to give him the farewell he deserves in front of his people." 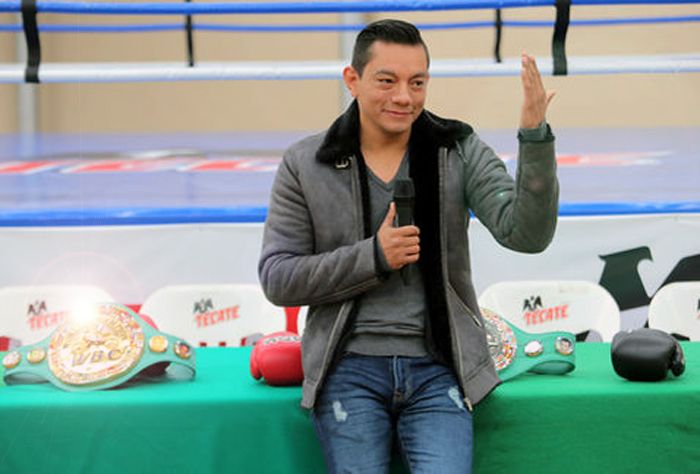 With a loud home-town crowd cheering her on, Da Costa took control of the fight in the second round, after allowing Vunjabei to steal the first stanza on aggression. From the second and onwards, the defending champion boxed excellently and was very effective in combinations.

Vunjabei never gave up and did have some moments of success, catching Da Costa coming in, but in the end it was a near masterful performance from Da Costa, who came close to scoring a stoppage in the final stages of the bout.

At the Bucheon Gymnasium in Bucheon, South Korea, Qixiu Zhang from China upset local man Nak Yul Park to win the vacant WBF International Lightweight title in crushing fashion and stun the many fans in attendance.

In a competitive and entertaining fight, Park was slightly ahead on all three scorecards when Zhang brutally knocked him out in round eleven with a series of hard punches, leaving the Korean out on the canvas for almost five minutes.

Like this fight for his finale.... Mijares has had a good career.

I actually would have preferred Mijares vs Juanma Lopez as a last fight for both. Should be an entertaining fight for what it is though. Both guys usually bring it.

Nice, I like it, hopefully he wins and gets to ride off into the sunset

Mijares should take this by TKO/KO.