With the sanction, the WBC reinstated Franchon Crews-Dezurn as world champion of the super middleweight division.

Jiménez had beaten Crews-Dezurn by split decision on Jan. 11 at the Alamodome in San Antonio, Texas, but on January 24, the Voluntary Anti-Doping Agency announced that it had found traces of stanozolol in a test done the day before the fight, so an investigation was opened. 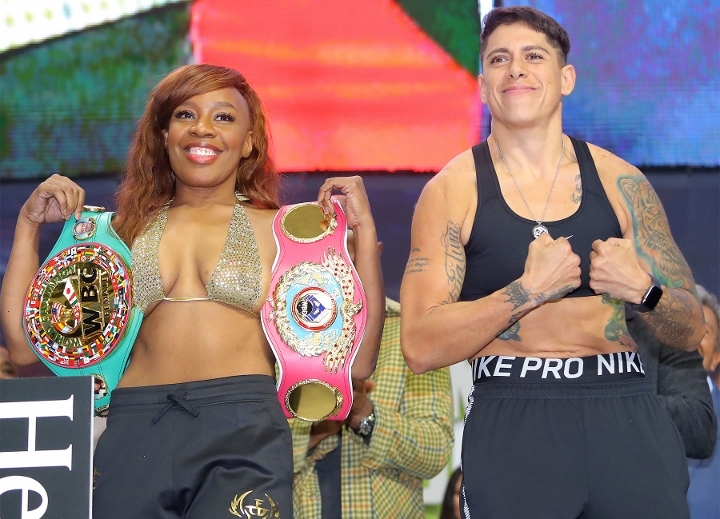 After almost five months of investigating, the WBC reported that, in principle, the result of the fight has been changed on their end to a "no contest" - so it turn they reinstated Crews as champion at 168 pounds and also confirmed a suspension of nine months for Jiminéz, a former WBC world heavyweight champion. The suspension ends on October 10, 2020.

"As a result of the Award Agreement, the WBC stated that the result of Franchon-Crews v. Jiménez was a 'no-contest', thus restoring the recognition of Franchon Crews Dezurn as the WBC women's super middleweight world champion,” the sanctioning body said in a statement.

The suspension to Jiménez is due to the fact that she admitted that she tested positive, but denied ingesting a prohibited substance.

“Ms. Jiménez's agreement with the WBC is not an admission that she actually ingested a prohibited substance to improve her performance. Instead, in the Award Agreement, Ms. Jiménez does not dispute the WBC-CBP finding as revealed by the anti-doping test," the WBC's statement read.

In addition to the suspension, a probation status of one year was agreed upon until October 10, 2021, although the WBC points out that there will be no economic sanction for the fighter.

Jiménez will undergo more random anti-doping tests and if she tests positive, an additional sanction will be imposed.

Wow, Jimenez tested positive for an anabolic steroid?? The hell you say!!

Jimenez should have had to pay a fine. Anti-doping penalties need to have some teeth in order to be effective deterrents.

Took them a long time to strip Himenez

Crews-Dezurn got the WBC title of 168lbs back and and one no contest is very good and going to get her motivate again. Jimenez got what she deserve, justice is serve on this one. :boxing: