Terence Crawford and Bob Arum have been airing their laundry for the public to see over the last week with conflicting views of how the fighter is being promoted by Top Rank, and how much he's being paid for his pound-for-pound efforts.

In his heart of hearts, however, Crawford (37-0, 28 KOs) believes that his boss has done everything in his powers to deliver him the best fights possible — even after proclaiming that he should be released from his contract if the company is not satisfied with the potential that he presents.

“I can't bash Bob Arum and Top Rank, I cannot do that,” Crawford told SiriusXM. “They gave me the opportunity to accomplish everything in my career. I know deep down in my heart that Bob really is a good dude and he really did try everything possible in his will to get these fights I was asking for. I don't know what made him come out and say all of the negative stuff he said about me.” 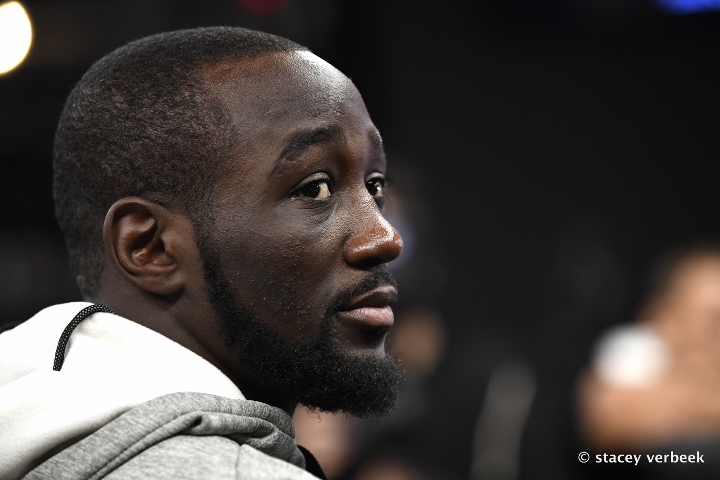 Some of the comments Arum made were that he’d refuse to go bankrupt bankrolling Crawford, the fighter needs to better promote himself and that he could have built a house in Beverly Hills on the money he’s lost on Crawford in the last three fights.

The often quiet 33-year-old Crawford went on to peel back the curtain a bit into the beef that has been brewing.

"I have a lot of things going through my head right now. I don't really like to talk about it because I'm not the kind of person to put my business in the streets. If I ever had a problem with Bob Arum and Top Rank, I always went to them,” said Crawford. "[Arum] doesn't promote me like [he] promotes everybody else. Ain't nobody in [Top Rank’s] stable doing numbers like I'm doing. Nobody. Not even your primadonnas that you're putting so much promotion and everything into. Motherf------ aint doing nothing compared to me.

"I always felt like I was set up from the jump so they didn't have to pay me the money that I deserved. He's talking about money — I used to take pay cuts because I didn't care about the money. I knew where I was going ... Now he's going to pay me more for the minimum every single time that I fight because I deserve it ... You're going to pay me what I'm worth.

“Top Rank is the company I am with right now, but who knows what the future may hold. We may have a disagreement right now, we're going through some trials and tribulations, but we're gonna get it figured out.”

[QUOTE=TheBoxGod;20902542]no he wont drop off fighting the light weight work he is facing at 147. The only drop off he would have is probably due to age but it will be the same drop off the pbc fighters will have…

[QUOTE=whollisboxing;20902468]I get what you’re saying, but would you agree that Crawford will probably drop off during those three years too? He won’t be the same at 36 as he is right now at 33, no matter who he fights in…

[QUOTE=TheBoxGod;20901613]True but figthers randoms names will ride a high and make for a one off fight vs these names, theirs enough fight to their for them to compete with each other if they want. But big elite names would have…

[QUOTE=whollisboxing;20901554]Yes there are plenty of potential matchups, however we all know that elite guys only fight 1-2 times per year and there are limited TV dates. For example, you can pretty much throw out almost all of the Pacquiao matchups…