Beyond preferring to meet Manny Pacquiao whenever he fights again, Crawford considers COVID-19 travel restrictions an obstacle their promoters won’t be able to overcome when they attempt to schedule a Crawford-Brook bout for September or October. Crawford-Brook couldn’t be scheduled to be held in the United States or Brook’s native England until either fighter would be assured he could to travel to his opponent’s home country.

The 32-year-old Crawford would be willing to wait longer for what would be a career-high payday to oppose Pacquiao than he would wait to secure a Brook bout. Bob Arum, Crawford’s promoter, and Pacquiao’s handlers have explored the possibility of bringing a Pacquaio-Crawford fight to countries outside of the U.S. and the Philippines. 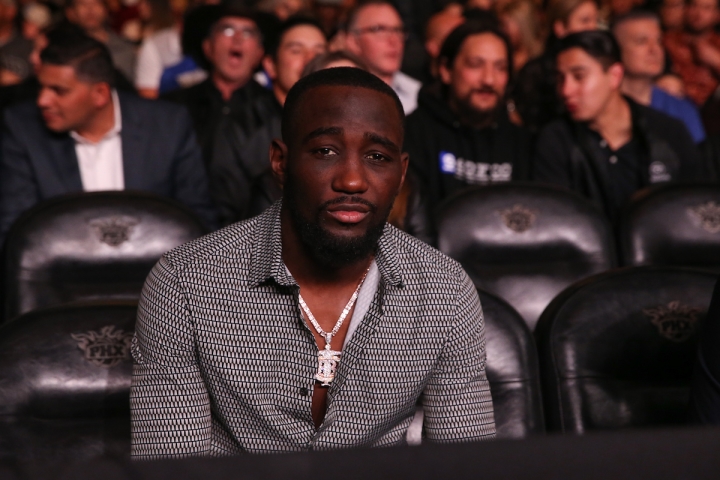 Arum informed BoxingScene.com recently, though, that he considers Brook the top option for Crawford’s next bout because Arum doesn’t think Pacquiao-Crawford can happen until sometime in 2021. Crawford didn’t dismiss the possibility of battling Brook at some point during a recent appearance on “The Last Stand” podcast, hosted by Showtime’s Brian Custer.

“Well, Kell Brook been coming out the woodworks a little lately,” Crawford told Custer. “You know, he want the fight. You know, that’s a great fight as well. You know, but at the same time, with this pandemic, I don’t think that they letting people from overseas come over here, or us go over there. I think that’s why Lomachenko is still stuck over there. I think it’s a lot of fighters that can’t come to the United States and fight because of that. You know, so that fight I don’t think could happen.”

The U.S. government revealed May 22 that certain professional athletes from foreign countries would be allowed to enter the U.S. for sporting events.

If Crawford-Brook were to eventually happen, Crawford (36-0, 27 KOs) wouldn’t consider boxing Brook above the welterweight limit of 147 pounds. The 34-year-old Brook (39-2, 27 KOs), a former IBF welterweight champion, hasn’t gotten down to 147 pounds in three years, not since Crawford’s rival, Errol Spence Jr. (26-0, 21 KOs), knocked him out in the 11th round of their May 2017 fight in Sheffield, England, Brook’s hometown.

“I asked him, I said, ‘Can you make the weight?,’ ” Crawford recalled of a conversation he had with Brook in February in Las Vegas. “You know what I mean? He said he can make the weight, he wanna be a champion again, so he’ll challenge me for my 147 title. And right now, you know, like I said, like if you challenging me, then you coming to my weight. Like if I challenge you and, then yeah, I’ll come to 154.

“If I challenge a 154-pound titlist or champ, then, you know, I’m coming to you. You’re not coming to me. Now, if you come to me and you’re sending shots to me, don’t send shots talking about you wanna fight me, but I gotta come up to this weight. I’m champion at 147. Why would I come up to your weight if you challenged me?”

[QUOTE=Emperor Trump;20620980]Whole lot of BS. If you want to fight you’ll find a way.[/QUOTE] Mike sincerely regrets taking this picture with that chump..

This should read Crawford hopes the travel ban prevents the Brook fight from happening because Bud really doesn't want that work. Bud knows that Brook can spoil the Spence mega pay day that he really craves.

[QUOTE=Mammoth;20620437]Brook has only "quit" when he's gotten his eye sockets broken. I agree he isn't what he once was but let's try to put things in a realistic perspective.[/QUOTE] Let’s be honest eye injuries never truly “heal”. The skin around…

[QUOTE=genrick;20621055]Lipinets would gladly fight Ugas. There's also Berto and Alexander. There's Josesito Lopez.[/QUOTE] Lipinets ranked high by IBF and WBO, he will get a shot at one of them next year if he wins his next fight Bertos and others…