Crawford Targets Pacquiao: It Should Have Happened, I Want it Next

WBO welterweight champion Terence Crawford retained his welterweight title with a fourth round knockout of Kell Brook at the MGM Grand's Conference Center in Las Vegas.

It was Crawford's first bout since December of 2019.

After three close rounds, Crawford clipped Brook with a right hand that sent him stumbling in bad shape to the ropes.

A knockdown was called as the ropes held Brook up - and then Crawford finished him off with a barrage of punches. 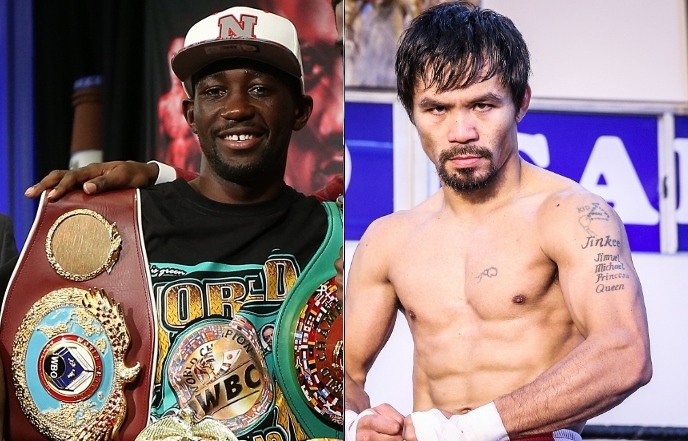 The victory raised Crawford's record to 37-0 with 28 knockouts. Brook suffered his third carer defeat, with 39 wins and 27 of them by knockouts.

After the fight was over, Crawford called for a showdown with WBA welterweight champion Manny Pacquiao.

“I already said who I want [next]. I want Pacquiao. I want to revisit that fight," Crawford said.

"That was a fight that should’ve happened right now. But being that the pandemic happened, and they weren’t going to allow fans in the Middle East, they had to put a hold to that. Everything was 95 percent done. We had the venue. The money was almost there. It wasn’t quite there. That was the only thing we were waiting on."

Top Rank's CEO Bob Arum, who promotes Crawford, would like to do the fight with Pacquiao in 2021.

"The money was there. The fight was going to take place in the Middle East," Arum said.

"Then the minister of health said we can't do it because we can't guarantee that spectators would be allowed.

"Now they called us and said if Terence is successful, then we want to resume talks and see if we can do it in the spring."

[QUOTE=Bluebird;20889749]Pac does not have Marquez or Mayweather problem, both of them don’t want any part of Pac no matter how much Pac wants to fight them again. As for Horn, he’s irrelevant in boxing right now and he didn’t beat…

Crawford calling out Pac?? Publicity stunt.. He knows it's not going to happen.

[QUOTE=Roadblock;20889712]What do you many any more, Algeiri Rios Horn Vargas Matthysse are not top level they are a notch down and some shopworn. Manny fights a lot of B level guys, any more is more of the same.[/QUOTE] Pac made…

[QUOTE=RHETOЯIC;20888362]How he gonna fight Crawford and he still got: Marquez, Floyd, and Jeff Horn problems?[/QUOTE] Pac does not have Marquez or Mayweather problem, both of them don’t want any part of Pac no matter how much Pac wants to fight…

[QUOTE=MDPopescu;20889685]... You're right... actually, Pac doesn't have to fight at top level anymore -- as the big money isn't on the table anywhere right now...[/QUOTE] What do you many any more, Algeiri Rios Horn Vargas Matthysse are not top level…