According to WBO welterweight champion Terence Crawford, he is ready and willing to fight any of the boxers in his division - who are currently competing under the Premier Boxing Champions banner.

Crawford is back in the ring on December 14th, when he faces undefeated mandatory challenger Egis Kavaliauskas at Madison Square Garden in New York City.

The unbeaten champ is a tremendous favorite to win the contest. 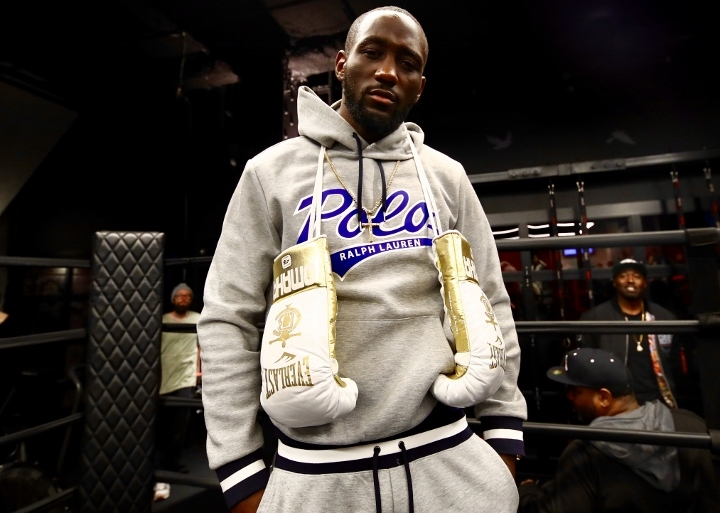 Crawford would like to face some of the names who compete under the Premier Boxing Champions banner.

Crawford is promoted by Bob Arum of Top Rank, who have a content deal with ESPN. And PBC has exclusive content deals with Fox Sports and Showtime.

The respective promotional and network affiliations have forced Crawford to fight whoever is available on the table.

But he's ready to face any top welterweight competing under the PBC banner.

“Bob is willing to make any fight happen. At the end of the day, it’s not up to Bob. It’s up to me. The fighters are the ones that fight, and without us, there’s no promotion. So if a fighter really wants a fight to happen, he can make it happen. You can tell them, ‘Listen, this is the fight I want and I’m not fighting until I get that fight.’ It’s simple. At the end of the day, they work for us. If we don’t fight, nobody is going to get paid, so they have to make the fights that the fighters want.”

Crawford, who won a world title at lightweight and unified the entire division at 140, wants to unite all four of the major titles at welterweight.

“I still want to be the undisputed welterweight champion of the world,” Crawford said, “and I believe I’ll be the first to be undisputed in two divisions, back-to-back. I just want to leave a mark on the sport of boxing so people talk about me like they talk about the other great champions before me. That’s my goal before I retire.”

[QUOTE=j.razor;20232996]"He is pretty much pound for pound the best undefeated fighter, no question. It's like [B]he's separating himself from PBC like they're beneath him[/B], can't blame him." - RisAri0 Then why you talking ^ like one? Or maybe you just…

[QUOTE=Verus;20233796]Good question! Southpaw Bud might be tougher to handle for Spence.[/QUOTE] Maybe :dunno: If the happens enjoy.

[QUOTE=j.razor;20233003]I actually say Bud is the bigger puncher, Errol is the volume puncher. Everyone sleeps on Bud's power. One thing that has me wondering is who can handle fighting the southpaw stance better, is it Errol or Bud?[/QUOTE] Good question!…

Originally Posted by FredRekk ERR! Mama’s wrong again! PAC asked for $20M and Bud and Bob couldn’t come up with his price so Pac moved on. It’s not Paca fault that Crawford can’t even pull 200K PPV buys on his…