Crawford: Frustrating Not To Face PBC Fighters, Nothing I Can Do

WBO welterweight champion Terence Crawford (35-0, 26 KOs) is hunting for the big fights, but they do not appear to be on the horizon.

Crawford is scheduled to return on December 14th at Madison Square Garden in New York City.

He will make a mandatory defense against unbeaten Egidijus Kavaliauskas, who is a tremendous underdog heading into the fight. 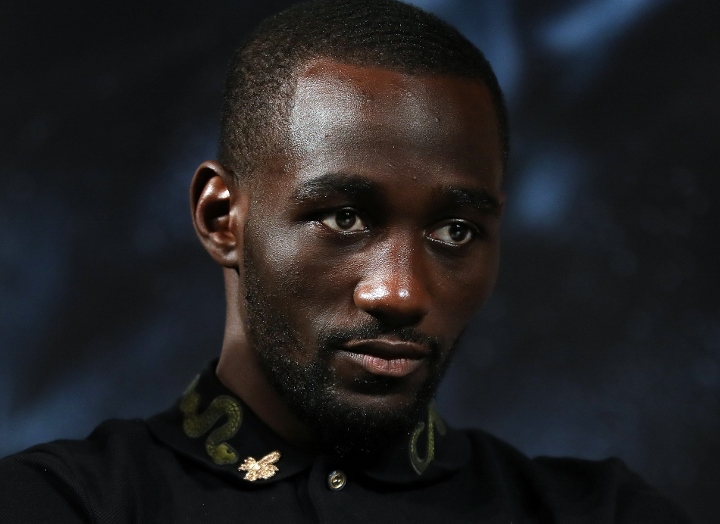 The ongoing problem for Crawford is his promotional affiliation.

Crawford is promoted by Top Rank, who have an exclusive content deal with ESPN.

Almost every other welterweight name of value -  is competing under Premier Boxing Champions, who have exclusive content deals with Showtime and Fox Sports.

With so many options within their own stable, the PBC brass are in no hurry to match their welterweight stars against Crawford - which is certainly going to require a co-promotion with Top Rank and the involvement of ESPN.

“It’s frustrating but I look at it as a business move by them not to fight me,” Crawford said to The Los Angeles Times.

“I’m not going to knock them or be a hater, but I know where I stand and I know the game they’re playing and there’s nothing I can do about it. I just have to focus on what I can do and keep making a living and keeping my name up there as the best pound-for-pound fighter.”

The biggest fight to be made at welterweight - is a unification between Crawford and Spence.

“I don’t know if that fight will ever happen,” Crawford said.

Why did Crawford sign with Top Rank? Why do we give him a pass on this decision?

[QUOTE=jackblack008;20228562]Spence would only get a % of the PPV pie. and this was a marquee fight which generated this money. so it may add up to may be 7 million $ But, Spence wont earn this much fighting Cralos Ocampoes…

[QUOTE=Scipio2009;20231068]Charlo is fighting a tickover who looks like he just might be able to fight, to set up a big fight for early 2020; potentially the shot at Canelo, or an interesting fight with the Korobov-EubankJr winner (the bigger event…