Terence Crawford (32-0, 23 KOs) has lashed out at Jeff Horn after the Australian boxer's camp had called him a "princess" over the hand injury that has delayed their planned world title fight on April 14.

On Wednesday, their scheduled fight at the Mandalay Bay in Las Vegas was pushed back after it was revealed that Crawford suffering a minor hand injury that needs at least two weeks to heal.

Horn and his handlers questioned the severity of Crawford's injury and felt the Omaha fighter's toughness was highly overrated. 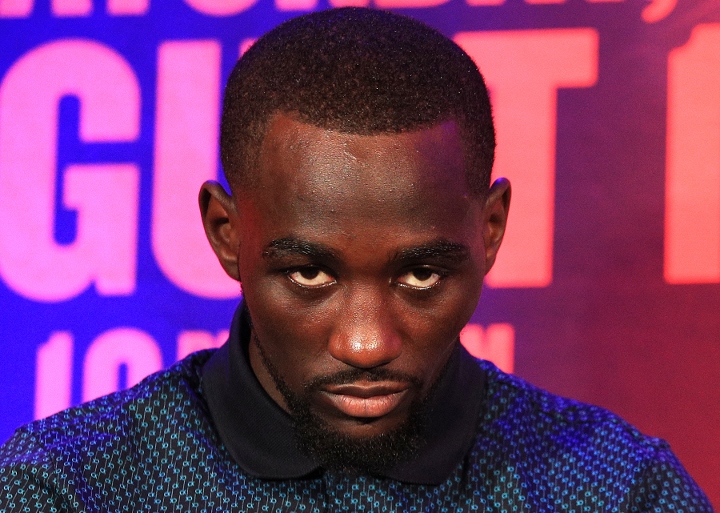 After hearing some of the verbal barbs being cast in his direction, including how Team Horn had labeled him as a 'princess' - it didn't take long before Crawford came firing back.

Horn's trainer Glenn Rushton told Crawford to "toughen up, princess" after news emerged that their fight would be postponed due to a right-hand injury.

As far as Horn himself, he felt stated -" it just means that Terence is not as tough as we thought."

The 30-year-old Crawford isn't regarded as a big trash talker but he has made an exception for Horn, the WBO welterweight champion, who appears to have managed to get under his skin.

Crawford has shown a high regard for Horn and his achievements in the past, even going as far to say he had deserved last year's victory over Manny Pacquiao.

Crawford's cordiality towards Horn had bucked that trend but a fraying of relations between the pair might be just what this fight needs.

Speculation had been rife that there was something else behind the decision to delay the fight, with doubts raised because at no stage was the contest listed on the Mandalay Bay's events calendar, nor was it ever officially confirmed by Crawford's promoter, Top Rank.

Within hours of Crawford's injury being revealed, it was announced that Crawford-Horn would be streamed exclusively on ESPN's new app - which is set to debut in the coming months.

I would be laughing so hard till i fart when the hornet pulls the upset. ****ing nsb fans are so delusional thinking that tc is a 2nd coming of hagler and tyson. Hit me up for bets that TC wont…

[QUOTE=Bronx2245;18578669]It's because half of them never saw Marvelous Marvin Hagler! The don't even understand the ease in which TC switches to Southpaw, or why he places his punches where he does, or how accurate he is in doing it! Those…

[QUOTE=theface07;18585415]I don't know how you can compare an old, shot Manny Pacquiao to a young lion in Crawford in his prime. It's just not the same at all. Manny 5 years ago would've demolished Horn. Age and going through war…

[QUOTE=revelated;18577394] Crawford's skilled, but so was Manny. That's a factor, and why it's must-see. [/QUOTE] I don't know how you can compare an old, shot Manny Pacquiao to a young lion in Crawford in his prime. It's just not the…

[QUOTE=-Makunouchi-;18584131]Tc fans think that he is the 2nd coming of mike tyson. For ****sake the hornet tasted all those k.o. shots from bailey and pac and was still standing. Its only here and omaha believes Tc is knocking the hornet…