The always dangerous "Nica" Concepcion absorbed tough hands sent by the hard-swinging Barrera, but the Colombian could not handle Concepcion's brutal eleventh round one-two combination that propelled him spiraling backwards all the way down to the grey canvas near by the red corner.

The brave Barrera managed to come back up from the floor, but a renewed furious attack powered by Concepcion pinned the already wounded Colombian against the ropes where he was forced to take additional lethal blows to the head till Puerto Rican Hall-of-Famer third man Rafael Ramos halted actions to spare Barrera from unnecessary violence. 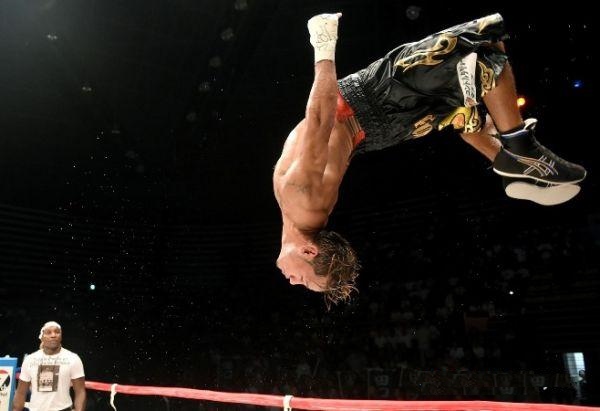 After his title win, Concepcion (39-8, 28 KO's) celebrated victory by climbing to the red corner's top rope from where he performed a back-flip jump, flying over the referee.

The action fights were all part of tonight's 36th edition to the "WBA KO to Drugs Festival" at the Roberto Duran Arena in Panama.

The author Carlos Costa of Panama is a boxing reporter living in the Philippines. Carlos can be reached at [email protected] and whatsapp +639184538152.

Very worthy of a rematch. Saw it last night in ESPN Deportes but it's up on Youtube now

Interesting that Concepcion is having some success after moving back down to 112 after all these years. If the fight was as good as people say, hopefully there is a rematch and it ends up televised next time

This was a hell of a fight. FOTY candidate IMO

Nica has had such a long shelf life. I'm definitely gonna catch this fight when I have the chance.