INSIDE THE NUMBERS - Erislandy Lara's the opponent most fighter's aren't  in a hurry to fight -efficient and accurate on offense and a defensive wizard.  Only Chocolatito and Fonfara landed more total & power punches than Santa Cruz, whose jab and defense are under rated.  Walters nearly doubled the C'box avg. for  jabs landed per round while landing 52% of his power shots.  Safety-first Floyd #1 in plus/minus as expected but he landed below C'box avg. for total punches & jabs landed per round.  Only Wilder (61%) landed a higher pct. of power punches than Floyd.  Jacobs opponents landed just 22% of their power shots and only 6  punches per round. 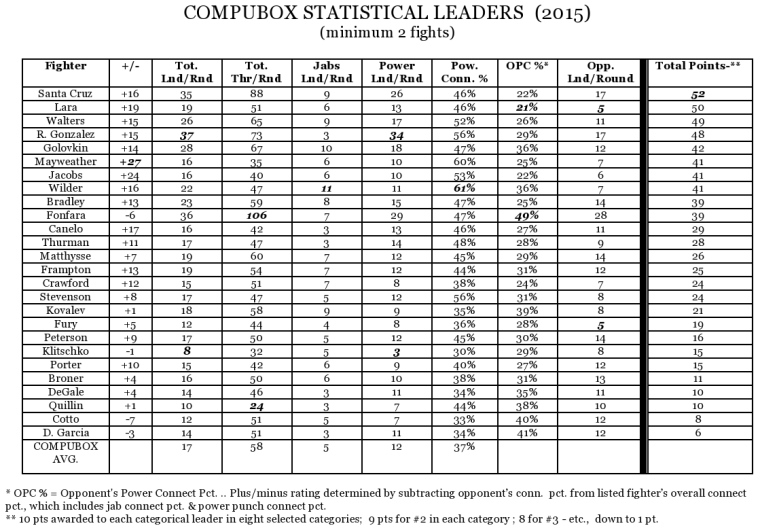 [QUOTE=daggum;16364050]its pretty funny to see people making plus minus charts and all this stuff when the original data is nowhere near accurate. that's usually the first step. get accurate data. then you can proceed to other breakdowns and make accurate…

LOL, that Jacobs difference might be only from the Quillin fight.