Coldwell is Expecting a Breakout Performance By Jordan Gill

The talents of Jordan Gill have caused Dave Coldwell to be rather vocal for quite a sustained period now.

The Cambridgeshire featherweight, unbeaten in 21 starts, has a grand opportunity to fulfil the boasts made by his trainer as he tackles Manchester’s Ryan Doyle for the Commonwealth belt on Saturday night.

With the fight making up a portion of an action-packed Sky Sports show, Coldwell is insistent that his young charge will grab the opportunity with both hands. 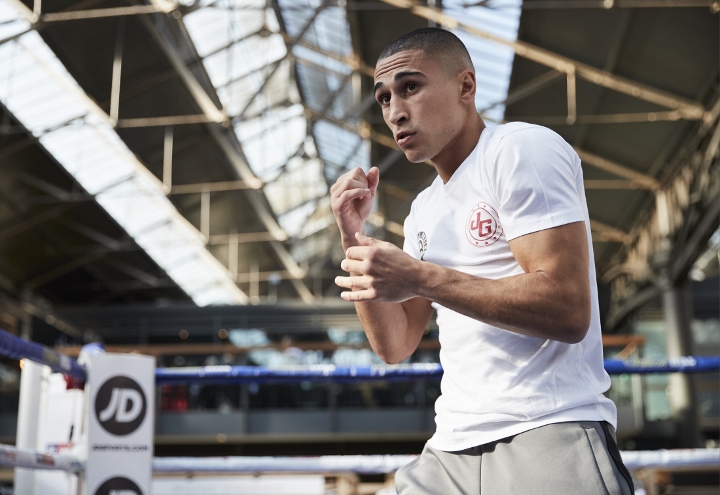 “These are the nights that Jordan has been crying out for,” buzzed Coldwell. “He’s been at my gym quite a while now and things are finally starting to fall into place for him. He’s got so much ability and I’m so happy that he’s finally going to get the chance to show people what he’s about.

"I must say a big thank you to Matchroom for believing in Jordan and giving him this shot and I’m certain that he’s going to impress everyone who’s watching him this weekend. I think we are looking at a special talent and he’ll go some way to proving that on Saturday night.”

On Doyle, Coldwell added, “He’s a good fighter. He was brilliant the night he beat Reece Bellotti and I knew deep down that it was a performance he was more than capable of. I’ve known Ryan a very long time because he started out on my shows when I was promoting a few years ago.

"That was obviously a long time ago and he’s gone on to do really well for himself, but in Jordan I think he’s facing a fighter who just too good at the moment. It promises to be interesting but I’m hopeful that if Jordan shows what he’s capable of then he’ll be walking out of there on Saturday as Commonwealth champion and then we can continue to look forward.”