The crowd didn’t sound especially pleased with Chris Colbert at times Sunday, but the skillful lightweight prospect performed well in his televised fight.

Brooklyn’s Colbert used his athleticism, hand speed and intelligence to clearly out-box Alberto Mercado throughout their eight-round fight at Mandalay Bay Events Center in Las Vegas. All three judges scored each of the eight rounds for the 22-year-old Colbert in a fight FOX televised as part of the Jermell Charlo-Jorge Cota undercard. 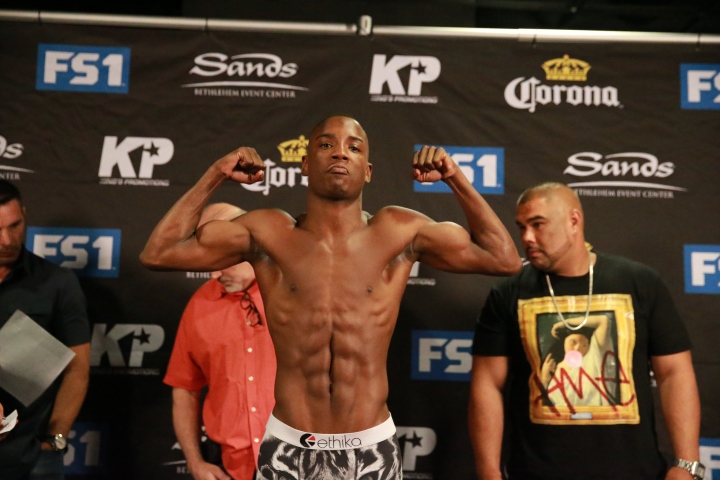 Mercado pressured Colbert to start the eighth round, but Colbert defended himself well and eventually went on the offensive.

Colbert made Mercado hold after landing a hard right to the body just after the midway mark of the final round. He also clocked Mercado with a right hand up top just before the final bell sounded.

Colbert clipped Mercado with a left-uppercut, right-cross combination early in the seventh round.

The legs of Colbert and Mercado got tangled early in the sixth round, which made Mercado fall through the ropes and caused Colbert to fall to the canvas. Colbert was more aggressive after the action resumed and his hard right hand to the body hurt Mercado with about 25 seconds to go in the sixth.

Colbert moved around, made Mercado missed and landed enough shots to win the fourth and fifth rounds.

Some of the crowd groaned early in the third round due to a lack of action. Colbert caught Mercado with a hard right hand and a sharp combination in the final 30 seconds of the third round.

After spending most of the first round fighting out a right-handed stance, Colbert converted back to his usual southpaw stance at the start of the second round. His hand speed enabled him to control the action in that second round.

Colbert connected with an overhand right at about the 50-second mark of the first round.