Coceres Warns Saunders: I'll Do Everything To Take The Title

Marcelo “El Terrible” Cóceres will face WBO super middleweight world champion Billy Joe Saunders, trying to dethrone him from the WBO world super middleweight title, as one of the main fights on Saturday, November 9th, at the Staples Center, in Los Angeles, California.

In the most important fight of his career, Cóceres (28-0-1, 15 KOs), 28 years old, from Villaguay, Entre Ríos, Argentina, currently #10 under the WBO, returns after a big win on September 21 when he dominated countryman Germán Peralta by unanimous decision to conquer the WBA Fedebol belt in Buenos Aires.

Now he will face Saunders (28-0, 13 KOs), 30, who will aim to defend for the first time aftert he obtained the belt on May 18th when he defeated German Shefat Isufi by unanimous decision in Stevenage, England. 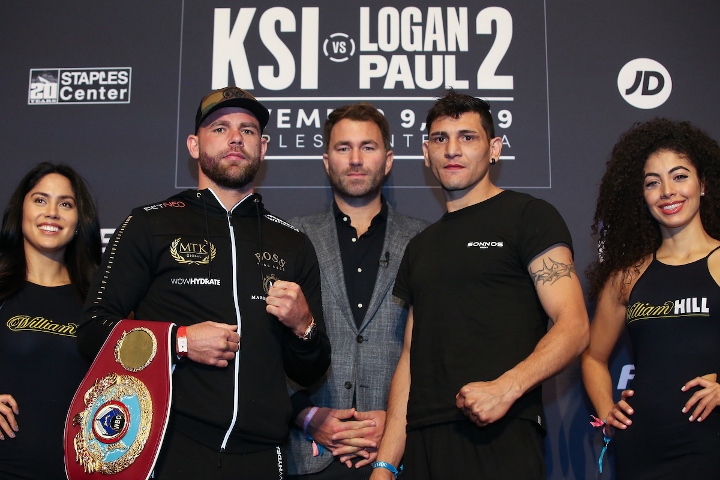 Cóceres is a huge underdog, but believes that he can upset the odds.

“I am very happy for this major opportunity ahead of me. I thank my manager and promoter Mario Margossian for getting it for me, and Eddie Hearn also for it. This is what I have always dreamed about, fighting in the US for a world title and against the best. I have prepared in the biggest way, day by day in the gym, to get better than ever," indicated Cóceres.

With confidence, he went on: “I know what I will be facing. A great opponent, two time world champion and one of the most talented on the planet. But I have been dreaming of a chance like this my entire life, and I'm not planning on waisting it. I trust my skills and I will prove I belong to this level”.

“I am not just going along for the ride. I am going with only one objective, and that is to win. I will do everything to take that belt home with me."

Whether you think BJS has class outside the ring doesn't really matter Inside the ring he is probably the most talented pure boxer between 160 and 168 pounds out there and had been for a few years. He should win…