Turning Stone Resort & Casino, Verona - Cletus Seldin picked up the biggest win of his career, or at least gained the biggest name for his record, when he stopped former two division world champion Zab Judah (44-10, 30 KOs) in the eleventh round for the vacant NABA junior welterweight title.

Judah, 41-years-old, looked every bit his age and didn't really let his hands go in the bout.

Seldin was connecting often. At the time of the stoppage, Seldin was working Judah over against the ropes and the referee jumped in to wave off the fight. Judah was very unhappy with the stoppage and heavily protested to the referee. 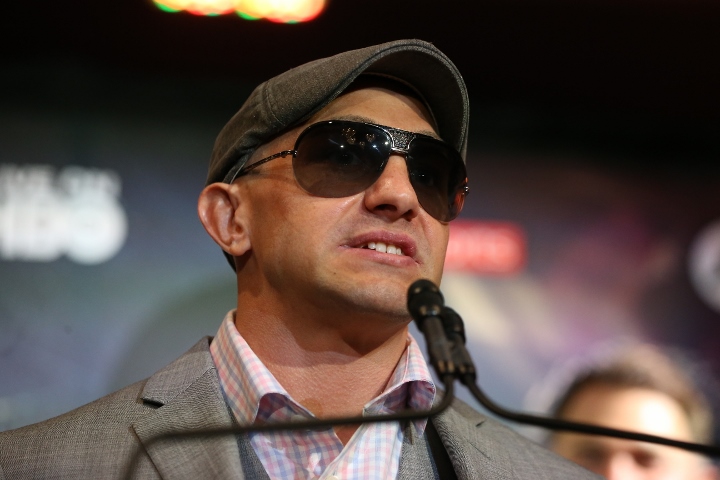 Judah has not been very active over the years.

After getting dominated and losing a twelve round decision to Paulie Malignaggi in December 2013, Judah was inactive until January of 2017.

He then came back a year later for a ten round decision win in January 2018. He's been inactive until the bout with Seldin.

Seldin (24-1, 20 KOs) has now won his third in a row, all by knockout, since losing a ten round unanimous decision to Yves Ulysse Jr. in December 2017. Seldin went down three times in the bout, and was dominated, but lasted the full distance.

In the co-featured attraction, junior middleweight James McGirt (27-3-2, 14 KOs)- the son of former champion and veteran trainer Buddy McGrit - fought to a twelve round split draw with undefeated David Papot (22-0).

McGirt has averaged only one fight per year since 2015, while this was the first bout in the United States for Papot, who fought his entire career in France.

Where's that idiot at that I had to explain that this would happen to? Come back and face the music.

[QUOTE=Jorge13;19814061]Pray for Felipe "el Gallito" Oructa !! He fought Juan Francisco Estrada in one of HBO's last broadcast. Tonight he fought and unfortunately he fell unconscious after suffering a knockout defeat. Here's a video of the graphic scene [url]https://youtu.be/kFlTweKr1g4[/url][/QUOTE] Jesus,…

[QUOTE=jreckoning;19815363]Zab should fight Mayweather next so Mayweather can chase the great Wanheng Menayothin (Moonsri's) 53-0![/QUOTE] Zab already beat floyd....but still down to see Yoel knock Roger out one more time

Zab should fight Mayweather next so Mayweather can chase the great Wanheng Menayothin (Moonsri's) 53-0!