Unified middleweight champion Claressa Shields (10-0, 2 KOs) is looking to make significantly higher paydays - which she feels are currently not within reach in the sport of boxing.

Earlier this week, it was revealed that Shields had signed a contract with mixed martial arts company PFL [Professional Fighters League].

Shields was heavily influenced by Kayla Harrison's move to PFL. 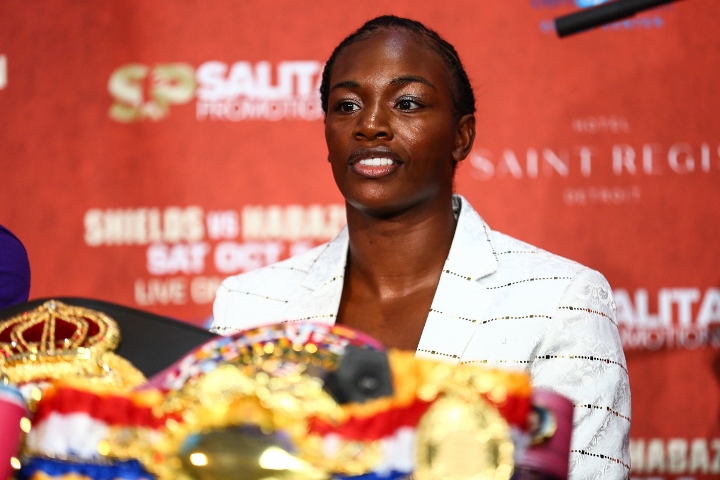 Harrison, like Shields, is a two-time Olympic gold medal winner. Harrison won her medals in judo, while Shields secured both of her golds in boxing.

Last year, Harrison fought her way to a five round decision over Larissa Pacheco in the PFL Championship main event to win the top prize of $1 million.

Watching that win, and certainly the seven figure reward, left an impression on Shields.

“Boxing is so sexist. These men are fighting for multiple millions that haven’t accomplished half of what I accomplished but I’m supposed to just be happy? Like yeah, go ahead and pay me $300k and then offer me $150k for the next fight?”

She captured her first world title at super middleweight, before dropping down to unify the entire middleweight division. And more recently she became a unified champion at junior middleweight.

Shields has been out of the ring since January, when she won a unanimous decision over Ivana Habazin.

A planned Showime televised unification against Marie Eve Dicaire, in May, was postponed due to the coronavirus pandemic.

And then a deal to have UFC Fight Pass stream her bout with Dicaire, in December, fell apart for unknown reasons.

[QUOTE=boogbx;20928676]You don’t believe Leo Santa Cruz had anything to do With that? Also that’s old news, after beating the man Lopez is the man. And Lopez ain’t Canelo level yet but give it time. He speaks both English and Spanish.…

[QUOTE=Kiowhatta;20924874]Wrong. The problem is all the sporting authorities are in a mad race to be seen to be embracing and promoting women's sport, leapfrogging whether the respective sports have merit, enough viewership etc. Here in Australia, in just 2 years,…

[QUOTE=Oldskoolg;20925058]Hence why I follow a lot plant based diet[/QUOTE] Smart man. You will live longer and it keeps your junk hard and strong ( no****). However I just like meat & fish too much. However I did quit alcohol .

[QUOTE=Calibaloc;20927718]I never said you didnt respond lol. Youre the one that has problems reading a simple sentence and have the nerve to talk about ignorance smh. "Lopez is an international superstar" No he is not. He just beat the P4P#1…