Michal Cieslak has faced far better competition before, though his latest performance could provide the biggest opportunity of his career.

The perennial Top 10 contender from Radon, Poland took a big step toward a second cruiserweight title fight after knocking out Gabon’s Taylor Mabika in the 6th round Saturday evening in Warsaw.

A right hand to the body forced Mabika to a knee, remaining on the canvas as he was counted out. 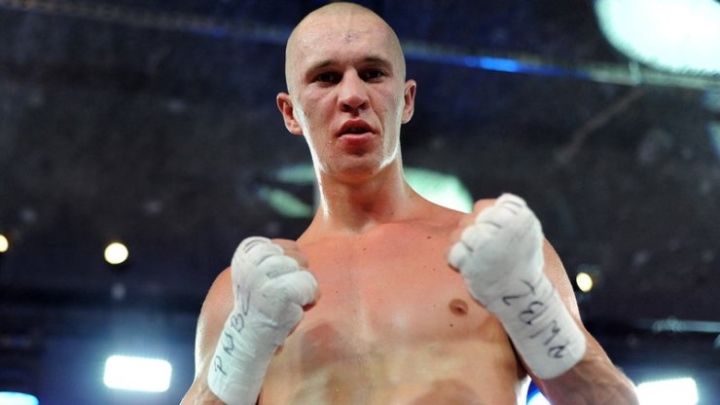 Cieslak made headlines throughout the latter part of fight week, very little of which pertained the actual stay busy fight on his schedule. The one-beaten contender has been linked to a potential clash with England’s Lawrence Okolie (14-0, 11KOs), who is in need of a new opponent for a vacant cruiserweight title fight next weekend at SSE Arena, Wembley.

A perfect storm of events need to take place in order for Cieslak to get to that point, which began with not only winning on Saturday but escaping unscathed. That much was accomplished, with the 31-year old contender dominating the contest, which was slow paced at times and of benefit to a fighter who didn’t need to get marked up.

Mabika did his best to put up a fight but was already gasping for air by round three. Cieslak was warned for a low blow infraction in round four, the lone hiccup in an otherwise precise performance.

The big finish came in round six. Cieslak connected with a left hook to force Mabika to the ropes. A pair of right hands had the Gabonese journeyman in trouble, with a final right hand to the body causing a delayed reaction knockdown. Mabika (19-7-2, 10KOs) fell to a knee, taking the count to end the fight.

Cielsak improves to 20-1 (14KOs) with the win, his first following a competitive 12-round loss to reigning WBC cruiserweight titlist Ilunga ‘Junior’ Makabu this past January on the road in Kinshasha, Congo. With Saturday’s result could now come a crack at the vacant WBO cruiserweight strap.

Okolie is left without an opponent after former two-time titlist Krzysztof Glowacki tested positive for COVID-19 and was forced to withdraw. A seven-day turnaround is a major risk for any boxer, not to mention the travel restrictions in place given the current climate.

Still, Cieslak is eager to entertain any such opportunity to make his way back to the title stage.

“Let me talk to my promoters now. You will know soon,” Cieslak stated during his post-fight interview, as translated by renowned scribe Przemek Garczarczyk.