Chudinov vs. Bejaran, Andreev vs. Corley on May 16 in Kazan

Former WBA super middleweight champion Fedor Chudinov, fresh of his stoppage win over Chinese contender Vuzhati Nuerlang in March, plans another stop en route to the next world title shot on May 16 in Kazan, Russia. A vacant WBA Continental 168lb belt will be at stake in this fight.

WBA #3 and WBC/IBF #6 Chudinov, now 31, will clash against Germany-based Dominican Rafael Bejaran (26-3-1, 12 KOs), 37, who himself is just a fight removed from his sole stoppage loss versus Jack Culcay this past September.

Chudinov (19-2, 13 KOs) lost back-to-back fights to Felix Sturm and George Groves in 2016/2017; then was a subject of major controversy, when he was awarded a much questionable decision in a fight against Nadjib Mokhammedi in July 2018. 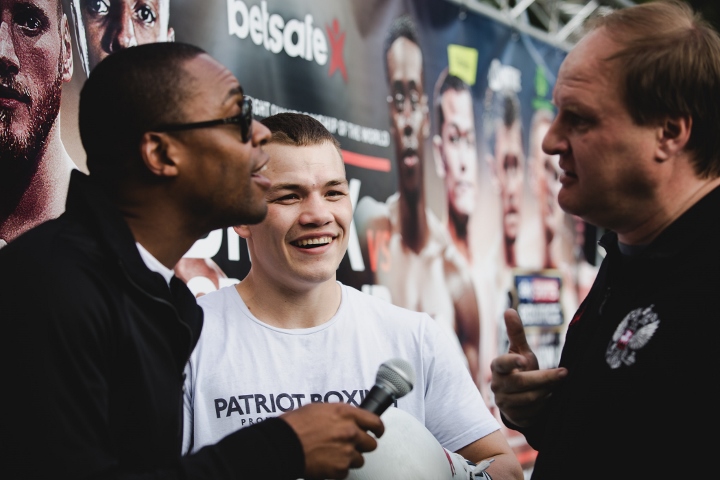 Supporting the action is an interesting cross-roader between WBO #1 and IBF #11 lightweight Roman Andreev (22-0, 16 KOs), already 33, and ex-WBO light welterweight champion DeMarcus “Chop-Chop” Corley (51-33-1, 28 KOs), who is sixteen years removed from his better, royal days, and who is (at 44), eleven years older than Andreev.

Corley has lost his last four but was fairly active, while Andreev has fought just six times over the last four and a half years.

Also on the card is a battle between still undefeated light middleweight Sergey Shigashev (9-0, 4 KOs) and Ukrainian import Olexander Ivanov (17-4, 8 KOs), which is scheduled for twelve. Several local boxers and prospects will round up this card.