Chudinov Ready to Take Next Step in Comeback in Uzbekistan

Former WBA interim middleweight titlist Dmitrii Chudinov continues his journey towards future world title fights this coming Saturday in Tashkent, Uzbekistan. The Russian fighter will see action against unbeaten prospect Azizbek Abdugofurov in a 12-round matchup serving as the main event of an 8-bout card at the Sport Palace of the Uzbek capital.

The winner will pocket the vacant WBC Silver belt in the 168-pound division, a trophy that can also bring a good rating position on the Mexican-based sanctioning body ranks.

Chudinov (21-2-2, 13 KO), whose career is now handled by Al Siesta’s Siesta Boxing Promotions, has had a busy schedule so far this year, starting out with a loss by decision in a competitive 10-round matchup against veteran contender Lolenga Mock in Denmark followed by an important win over late substitutional opponent Siarhei Khamitski on the undercard of a World Boxing Super Series event in Germany in late February. 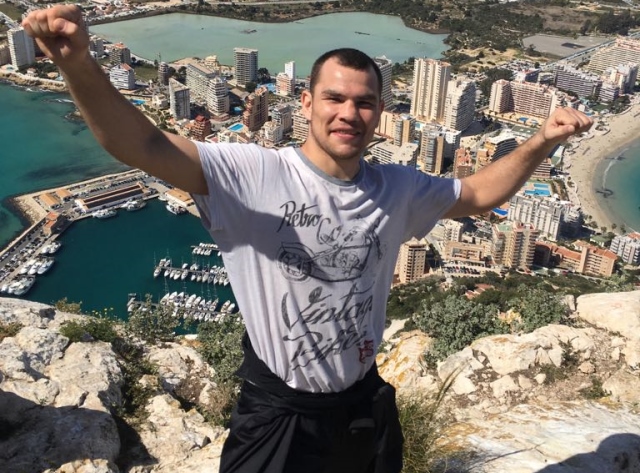 A win over the undefeated Abdugofurov (10-0, 4 KO) would serve as the next step for Chudinov to bounce back from years of absence at the world title picture to pursue future goals at an exciting super middleweight division.

“I had a great preparation for this fight, I have spent six weeks in Spain with [coach] Roman Anuchin. I have had great sparring partners with Sergey Gorokhov, Evgeny Alekseev, Patrick Rokohl and even Nikki Adler was my sparring partner. Everything went well, I am ready, I feel great, I feel sharp and on top of my form,” said Chudinov to BoxingScene.com before his plane took off to Tashkent on Wednesday.

“I don’t want to give any predictions, all I know is that I will be performing at the top of my game, I just hope Abdugofurov will be ready and can rise to the occasion because I am!”

The 26-year-old Uzbek pugilist, despite only having faced opponents with positive records so far in his two-year run as a professional, is relatively untested as his foes had barely had international experience. Chudinov, on the other hand, did not only capture a fringe title during his years in the pro game but faced the likes of Chris Eubank Jr and Patrick Nielsen along the way. What all this means is if Abdugofurov aims to keep his ‘O’, the prospect needs to bring his A-game and some more on Saturday.

“Abdugofurov is a good fighter. His strengths are his youth and home advantage. His weaknesses are that he has never fought anybody like Dmitrii Chudinov in his career,” told the Russian pugilist’s promoter, Al Siesta to BoxingScene.com.

The Russian-born businessman, who also drives the career of former cruiserweight world champion Mairis Briedis, is positive regarding his protégé’s chances on Saturday night.

“I do believe Dmitrii is more than ready to take this challenge on May 5th. This is make or break for Dmitrii I believe. Potentially this could be a great comeback for him, jumping right into the top 10 super middleweights in the world.”

A win is a must for Chudinov, who is planning to target the army of UK-based 168-pounders once he leaves the ring in victory on Saturday night.

Uzbek gonna beat him i reckon...what i've seen he is a good fighter