A couple of world-rated fighters showcased their talent in front of partisan local crowd, when Alexander Popov of the Patriot Boxing Promotions staged a well-rounded fight card in Kazan on Volga River – one of the biggest Russian cities. The show took place yesterday.

The main event met in an unsatisfying end, when Germany-based Dominican veteran Rafael Bejaran retired on his stool due to proclaimed hand injury after the second round of his fight against former WBA super middleweight champion Fedor Chudinov. WBA #3, WBC and IBF #6 rated Chudinov improved his record to 20-2, 14 KOs, while Bejaran drops down to 26-4-1, 12 KOs. 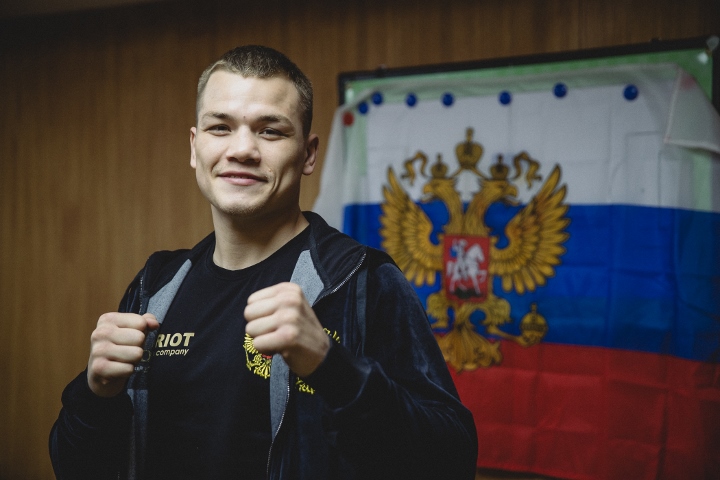 Competing in a new weight class, former Russian welterweight champion Vaginak Tamrazyan (16-4, 5 KOs) scored one of his finest win against tough Ukrainian import Olexander Ivanov. Tamrazyan scored a knockdown en route to a split decision with widely varying scores: 98-91, 95-94, and 93-97. Ivanov drops down to 17-5, 8 KOs, while his opponent advances to the final of Vladimir Putin’s Boxing Cup. He will take on Islam Edisultanov (8-0, 6 KOs) in summer for the top honours.

In a battle of unbeatens young gun Shakhabas Makhmudov (5-0, 5 KOs) has gone his longest distance, until Mukhammadsalim Sotivoldiev (3-1, 2 KOs) of Uzbekistan retired on his stool between the third and the fourth rounds due to a cut over his right eye. He was dominated until that point.