The man from Barranquilla, who is 25-2 with 16 knockouts, knows that a victory against Sánchez (15-1, 8 KOs) would put him at the gates of another showcase opportunity, so he feels ready and knows what he has to do when he co-headlines a Top Rank event on Tuesday from the MGM Grand Conference Center. The fight will be broadcast on ESPN.

“This morning (Sunday) I already made the weight. My coach Jesús Rodríguez and I kept training twice a day with the proper precautions and in a private gym. Thank God we were in shape when Top Rank called us. I think this is the tenth week of training, and what is missing is to do the work in the ring," Díaz said to Joel Rivera. 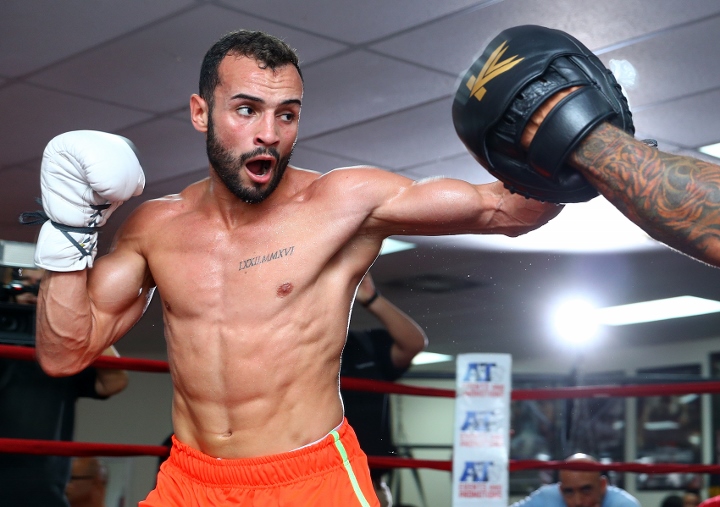 He expects a very good fight, when sizing himself up to Sanchez's style.

"I don't think inactivity is a factor in this fight. I think it will be a good competitive fight against Jason Sánchez,” Díaz said. "I have seen his fights. He is very aggressive. He is an elite boxer and is among the best 126-pounders in the world and I think my fight with him is going to be one of the most competitive on the card."

The only thing that could cause slight concern for Díaz is that a positive result for COVID-19 would not allow him to fight - which is exactly what happened to José Pedraza last week, when his opponent's manager was infected.

“They already did a test and it came out negative. Tomorrow's (today) is missing, which is after the weigh-in, and we must continue with the necessary precautions at all times. We want to fight for that starting opportunity,” Díaz said.

I'm confused the article says hes from Barranquilla which is in Colombia but I thought he was Puerto Rican I think they meant to say Barranquitas.