Chris Billam-Smith made short work of Nathan Thorley in the first defence of his Commonwealth cruiserweight title, flooring the Welshman three times on the way to a second round stoppage.

Billam-Smith was simply too big and powerful for Thorley, who has mostly boxed at light-heavyweight, and never allowed Thorley to settle. 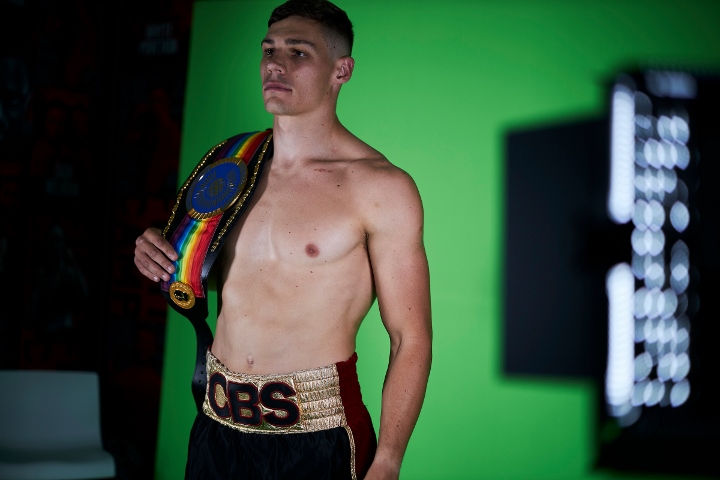 It was Billam-Smith’s second win since suffering his only defeat, a split-decision loss to Richard Riakporhe. Next up could be a European title fight against Tommy McCarthy, after Billam-Smith’s training partner gave up the title to concentrate on a world-title shot.

“I felt I hurt him in the first round, not visibly, but when you are landing the shots you can tell and I knew a good finish was coming,” Billam-Smith said. “He had a fight back but as soon as he had success I knew he would get reckless and I walked him onto a shot.”

There was a fast start from Billam-Smith, who took centre ring and unloaded some heavy shots. Thorley found his way into things, but as the Welshman tried to clinch after being caught by a body shot, Billam-Smith landed three short left hooks that dropped Thorley to his knees.

There was no chance for Billam-Smith to follow up in the first, but he went straight after Thorley at the start of the second round, battering Thorley into a corner and then dropping him to the canvas with a series of clubbing rights.

At that point, Thorley came back firing, catching Billam-Smith with a good left-right combination, but Billam-Smith looked happy to trade and after a couple of meaty exchanges, he measured Thorley with a heavy right hand that sent him to the floor for the third time. He beat the count, by referee Mark Lyson stopped the fight at 2:05 of the round.

Billam-Smith had been due to get married overseas this weekend, but that was called off because of the coronavirus pandemic and he is now planning a smaller ceremony in three weeks’ time before he makes the next step of his career.

It was the opening fight of the second edition of Eddie Hearn’s Fight Camp, in the garden of the Matchroom headquarters in Brentwood, Essex.

“I boxed out in a tent in Brentwood when I was an amateur, funnily enough, and I got the win then as well,” Billam-Smith said. “It’s an unbelievable set-up with no crowd and very different.”