Former WBO junior welterweight champion Chris Algieri knows what it takes to make the transition to professional boxing and fight on the highest level.

As a kid, Algieri trained in martial arts but he eventually took up kickboxing. 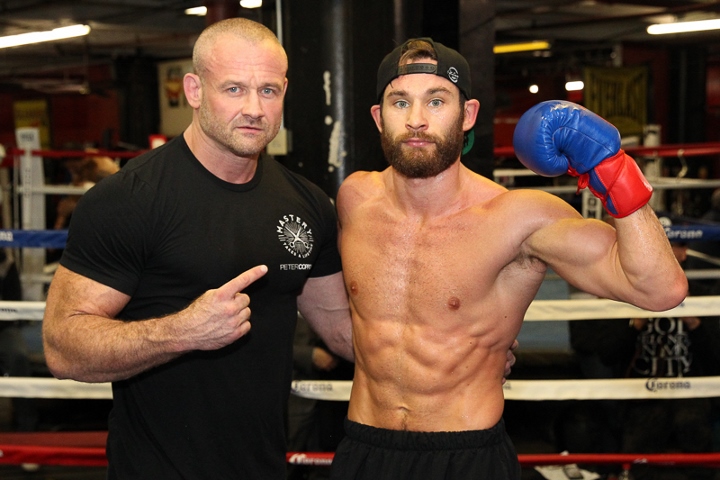 Algieri turned pro, as a boxer, in 2008. During his career he fought some of the best, like Ruslan Provodnikov, Errol Spence, Manny Pacquiao and Amir Khan.

This coming Saturday at T-Mobile Arena in Las Vegas, UFC superstar Conor McGregor - who is arguably the biggest star in mixed martial arts - will make his professional boxing debut against five division world champion Floyd Mayweather Jr. - who is regarded as one of the best defensive boxers in history.

Mayweather, 40 years old, is returning after two years of retirement - and even still he is tabbed as a tremendous favorite to win the fight and win it very big.

“They're boxing, so the boxer is going to win. I do think Floyd has enough power to stop him, he's fought 20-plus world champions in a row. At that level, every one hits hard. Conor can win a round I think early. Floyd will make him work to tire him out," Algieri told Talking With TK.

"Conor could win a round or two on high activity and doing more than Floyd is doing. Although I think Floyd will be setting things up for further rounds. When transitioning from kickboxing to boxing, I was always more of a boxer than a traditional kickboxer. Even still it took me 10 to 15 fights to figure it out.”

Mcgregor in boxing terms, seems to have a serve lack of punching power. So even if he did transition? Things would be difficult.

You don't play boxing, you train for it.

I think you are still transitioning Chris...BTW I think Lipinets was a kickboxer too, and from what I've seen, he fights MUCH better than Chris algieri and he only has 10 fights