WBA super flyweight world champion Roman "Chocolatito" Gonzalez has stressed that he is ready to face Juan Francisco 'Gallo' Estrada, the WBC champion, in a rematch.

And Gonzalez said that he would not mind fighting behind closed doors if recommended by renowned promoter Akihiko Honda of Teiken Promotions. In addition, he said he was happy because despite the coronavirus pandemic, he is doing well in a cheese business that he recently launched.

A four division world champion, Gonzalez really wants the option of fighting Estrada, but he is far from sold about the option of pursing a fifth world title at the bantamweight limit of 118-pounds.

"The Japanese (is someone I admire), Naoya (Inoue), is a guy who comes forward, very strong, has shown quality, conditions. He is a dangerous opponent, he is not easy, I came to a moment in my career where I was going to fight at 108 or 112, but at 118 the scenario is very dangerous," said Gonzalez to ESPN Deportes. 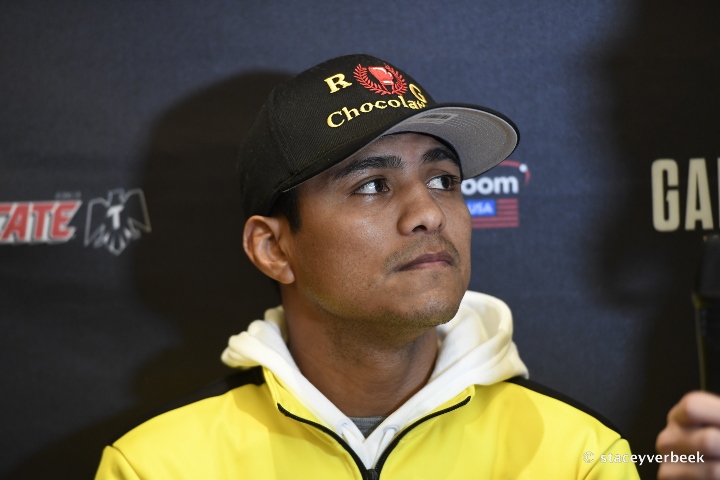 Regarding 'Gallo' Estrada, all he asked for was a decent purse.

"They have not confirmed anything to me yet, there is nothing yet, there are the talks, for me I would fight tomorrow as long as they pay me well. You (the media) should put pepper in the soup so we can receive a good purse," Gonzalez said.

González (49-2, 41 KO's) did not rule out the possibility of making a fight behind closed doors.

"I am willing to do anything, this is the sport that one loves and we support the family from this sport. I am willing as long as they pay me in the manner that they have always valued me, Mr. Honda is the boss," Gonzalez said.

[QUOTE=filup79;20574800]Chocolatito never wanted to fight Estrada again. He's always mentions money, a reason not to fight him and he like always when it come to rematching Estrada, he has to b paid well. Chocolatito got too much hype, his a…

[QUOTE=1hourRun;20574864]Roman already fought Rungvisai twice and clearly lost the rematch. You make Rungvisai to appear to be a bum. Any fights among : Ioka, Estrada, Inoue, Rungvisai are all excellent choices, but I think Estrada makes the most sense ;…

[QUOTE=filup79;20574800]Chocolatito never wanted to fight Estrada again. He's always mentions money, a reason not to fight him and he like always when it come to rematching Estrada, he has to b paid well. Chocolatito got too much hype, his a…

[QUOTE=rocktop;20574828]gonazalez should fight Rungvisai again because if he cant beat him than he cant beat Inoue. Still crazy he lost to a muy thai fighter in boxing.[/QUOTE] Roman already fought Rungvisai twice and clearly lost the rematch. You make Rungvisai…

[QUOTE=1hourRun;20574807]If Roman Gonzalez fights for a championship at bantamweight, he would have five divisions on his resume, win or lose. To win a title at 118 puts 'Chocolatito' in elite company with : Tommy 'Motor-City-Cobra' Hearns, 'Sugar' Ray Leonard, Floyd…