Gonzalez is preparing at the Roger Deshon gym in Managua, Nicaragua. The workouts involve long daily runs and nibbling at a nutritious balanced diet.

They first met on November 17, 2012 in Los Angeles, at junior flyweight. Gonzalez walked away with a unanimous decision victory. 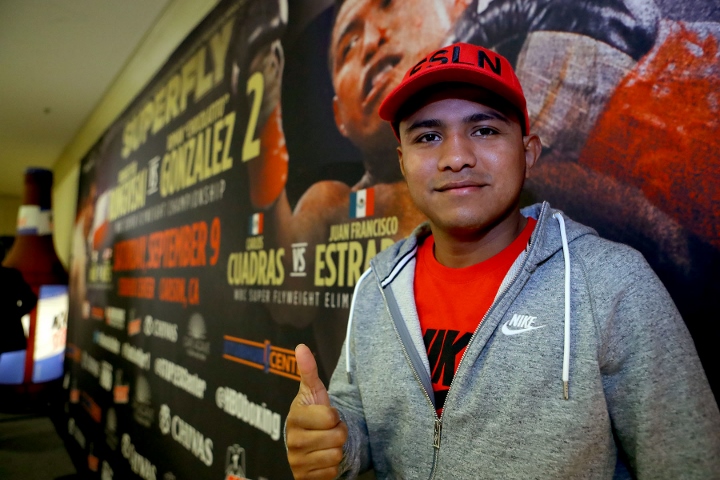 The rematch will take place on March 13, at a location to be determined.

In 2020, Gonzalez (50-2, 41 KOs) got his career back on track with a big stoppage win over Kal Yafai to capture the WBA strap. He then retained the title with a decision win over Israel Gonzalez.

The string of wins catapulted his career to the upper tier of the weight class after suffering back to back defeats at the hands of Srisaket Sor Rungvisai.

In the last few days, Gonzalez discussed certain aspects of his preparation for this rematch with journalists from Canal 13 and Canal 2 in Nicaragua.

“We will have our training camp in Riverside, California and it’s good. For now we have been training to stay active but in the next few days we will travel over there. The first fight was very good, a great fight, where we both showed quality. We are going to arrive in great condition to face Estrada,” Gonzalez said.

The four division champion anticipates a very tough outing when they meet for the second time.

“It is not an easy fight, a very tough battle for both of us and we are going to do our best to put on a good show,” Gonzalez said.

Was slightly favoring Estrada until Cuadras dropped him, now it's a 50/50 IMO since we all know Choc can crack.

[QUOTE=TexasCowBoy;21016062]Yeah, he has the skills to fight from a distance , mid range or in the pocket.....when these MoFos (Estrada and the whole lot at 115) fight you gotta hide the women and the children because you know there is…

[QUOTE=TexasCowBoy;21015666]This is the fight I am looking forward to.......You can never accuse Estrada of ducking[/QUOTE] Nope, never in a million years. He is a true warrior.

This is the fight I am looking forward to.......You can never accuse Estrada of ducking