The WBA's super flyweight world champion, Nicaragua's Roman “Chocolatito” Gonzalez, will return to the ring this Friday, at the TV Azteca studios in Mexico, starring in one of the three world title fights that will be presented by Zanfer Promotions and Matchroom Boxing, with live broadcast at the international level on the DAZN platform.

Chocolatito (49-2, 41 KO's), one of the best boxers in the history of the smaller weight divisions, will make the first defense of his WBA championship against Mexican contender Israel "Jiga" González (25-3, 11 KO's). 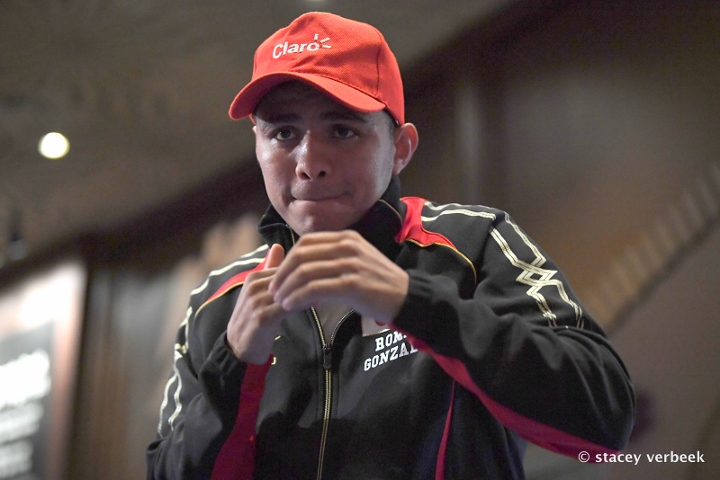 Chocolatito was a special guest at a virtual conference "Martes de Cafe" held by the World Boxing Council, in which was attended by a large number of international press representatives.

González, who will fight for the seventh time in Mexican territory, expressed his appreciation for the treatment he has received in the ocuntry, and said that he never pursued the given nickname of "Mexican Killer."

“I have had to face a lot of Mexicans because in the smaller divisions the Mexicans and the Japanese are the best in the world, and we have had very tremendous fights," Gonzalez said.

"This Friday I expect it to be very competitive, but we are very well prepared to offer a great fight and retain the belt."

Regarding his opponent, “Jiga” González, he said that he has seen him fight and that he is a tough fighter, motivated to go for a world championship in his country and that he will leave everything in the ring to achieve the feat.

[QUOTE=SteveM;20830495]there's the one who beat him twice - not much point looking over him for any others[/QUOTE] How many thai’s in the top 10 though? Since he’s obviously talking in general.

[QUOTE=SplitSecond;20829486]Don’t know what the rankings look like. How many Thai’s in the top 10?[/QUOTE] there's the one who beat him twice - not much point looking over him for any others

[QUOTE=1hourRun;20829477]Israel Gonzalez just upset Sho Ishida in a IBF Super Flyweight title eliminator, in Japan, for Jerwin Arcanjas title. However, Israel already tried once vs. Jerwin and got KO. Its important to note that Israel was 21 years old at…

Ancajas and Nietes are Filipinos World Superfly Champions and Ruvingsai is a Thailander!

[QUOTE=SteveM;20829483]He seems to have forgotten about the Thai boxers being best in the world - surprisingly.[/QUOTE] Don’t know what the rankings look like. How many Thai’s in the top 10?