Chemito Moreno Says Eye Issue Made Him Stay Down With Ceja

Ceja is now lined up for a world title opportunity against champion Rey "King" Vargas.

After two rounds of action where Moreno never appeared to be in any danger, he was hit with an uppercut in the third and went down to a knee. Once going down and eventually rising near the end of the count, Moreno was not willing to fight any further. 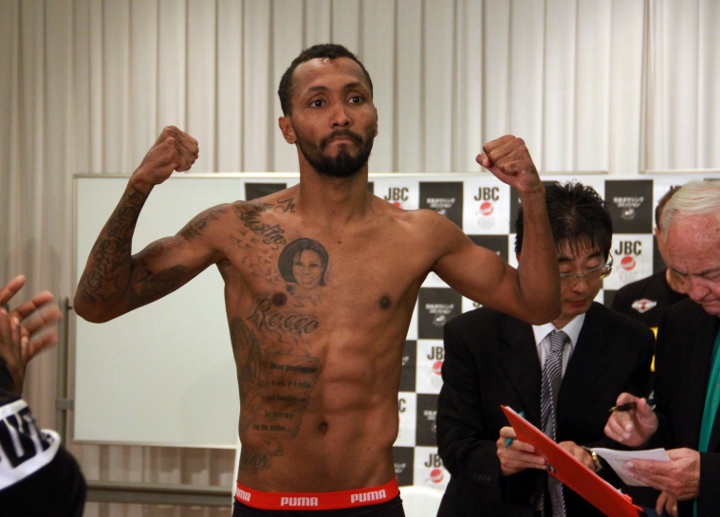 The event took place at the Amador Convention Center in the capital of Panama, and the crowd was shocked by the outcome.

Moreno has now come out and explained that he felt like his vision was failing him and wanted to avoid the possibility of a long-term injury.

"In the third round, I felt a punch and was losing vision for a few seconds and I decided to stop before something happened that I would regret," Moreno stated.

Coming into this fight, Ceja was ranked No. 5 in the WBC rankings, and Moreno occupied the third position in the rankings.

Moreno was the WBA bantamweight world champion for four years and at one time he was considered to be one of the best boxers in the sport. Moreno had been out of the ring since getting stopped last September in his rematch with Shinsuke Yamanaka.

Ceja held the WBC super bantamweight title and lost it last year to Hugo Ruiz in their rematch.

The WBC had previously stated that the winner of Ceja-Moreno would be matched against the victor of another WBC eliminator, between Hugo Ruiz and Ronny Ríos, but it's not clear at the moment if that will be the case.

Thats what I thought. I knew something was fishy, Moreno appears to have taken a dive.

Damn you Kell Brook!. People catching the quit bug everywhere hopefully someone comes up with a vaccine.