The date has been set, with February 28 being set down at the Multipurpose Center in Hermosillo - for the exhibition rematch between Mexican legends Julio César Chavez Sr. and Jorge 'Travieso' Arce.

An official announcement was made in Mexico for the "Duel of Mexican legends." They staged their first exhibition on November 22 at the Municipal Auditorium of Tijuana.

They were competitive during the first exhibition and did not hold back. When the final bell rang, the referee had to get between them as they continued to fight. 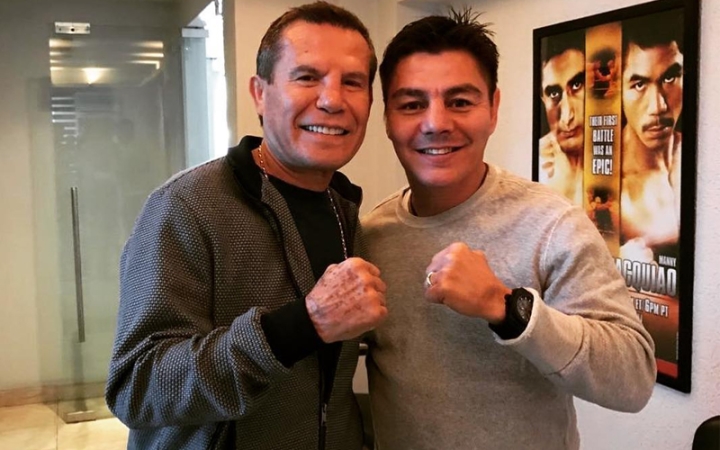 The aftermath was odd, as the two boxers would exchange words on social media in the weeks that following - indicting that some bad blood had been built up over fans claiming Chavez Sr. was the winner of the exhibition. Arce would claim that Chavez Sr. was his idol and he allowed him to look good in the fight.

After talking about a possible rematch, Julio César said in recent days that if it materialized he would take away “the bad and ugly” from Jorge, in addition to warning him that he would teach him a lesson.

Arece did not remain silent and was even annoyed with the situation and threatened : "I'm getting angry, it was good to let him do what he wants, in Hermosillo I fix it."

He added that in Tijuana allowed him to look good, while recognizing that Julio César was one of the greatest, but “time does not forgive and even less after all its excesses. As he says, I was very bad, but I was also very dedicated and always clean.”

The comments were jabs at Chavez Sr.'s well known issues with alcohol and recreational drugs during his younger days.

Because of the heated statements from both sides, it was confirmed that they will be settle the score in the ring.

It was actually a pretty fun fight to watch!..

[QUOTE=YoungManRumble;20299617]Lol I forgot how it ended with them refusing to stop fighting and hitting the ref a bit and pushing him away[/QUOTE] Arce vs Jr would get my attention

[QUOTE=Curtis Harper;20299615] They both did better than Jr did...even with those arthritic punches they threw[/QUOTE] Lol I forgot how it ended with them refusing to stop fighting and hitting the…