Mayorga had been dealing with his addictions to drugs and alcohol and received assistance from his close friend and former world champion Rosendo Alvarez.

The president of the World Boxing Council (WBC), Mauricio Sulaiman, has also been supporting Mayorga's recovery and shared a recent photo of the boxer with his children. 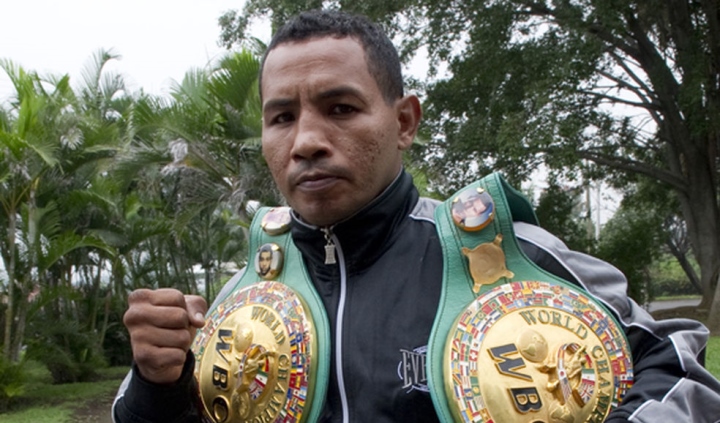 Several active and retired fighters have been following Mayorga's recovery and signs of support continue to come from abroad.

During his career, Chavez himself overcame severe addictions to alcohol and drugs.

"My dear Ricardo Mayorga, I know that you are going through difficult times in your rehabilitation. You are going to win like a champion, do not despair. We are waiting for you here in Mexico and we'll see you very soon. First, God knows that you are going to get well, everything can be accomplished with good will. Have courage champion," were the words of Chávez, published by Rosendo Álvarez, who has closely followed the recovery of Mayorga.

And, as Alvarez confirmed, once his three-month rehabilitation stage is complete in Nicaragua and international flights are normalized, Mayorga would then take a plane to Mexico to spend time in Chavez's rehabilitation clinic, which is very famous in Mexico.

Renowned Mexican singers and actors have recovered in Chavez's facility, but in Mayorga's case he would not pay a single peso, because everything will be paid for by the World Boxing Council, including the plane ticket.

[QUOTE=Fighter78;20765410]If your nephew was in rehab for weed then he most likely can't handle most things[/QUOTE] don't even listen to that pv$$y! I spent 11 months in rehab and I can honestly tell you I NEVER heard of such a…

I've been drug free since 2000, that's because I was forced to by Legal issues and by employment. First it was by force hut then I had to realize that if I use again I will not only lose my…

[QUOTE=Fighter78;20765410]If your nephew was in rehab for weed then he most likely can't handle most things[/QUOTE] Possibly not. There are many people like that. He sure had a lot of company in rehab who also had the same vulnerability to…