Julio César Chávez Jr., the former world middleweight champion, revealed that he is close to an agreement to face fellow former world champ Daniel Jacobs, on December 14, as part of a card being staged by Matchroom Boxing on DAZN.

The only thing known about the card, is that there could be a super flyweight unification between Juan Francisco Estrada and Khalid "Kal" Yafai.

"We are close [to a deal], most of the important details have already been agreed upon. I am sure positive that they believe that I don't have much left to give in boxing, but they will be in for a surprise in December. A few months ago nothing appeared on the radar and now I am facing the most important fight of my life," Chavez said to ESPN Deportes. 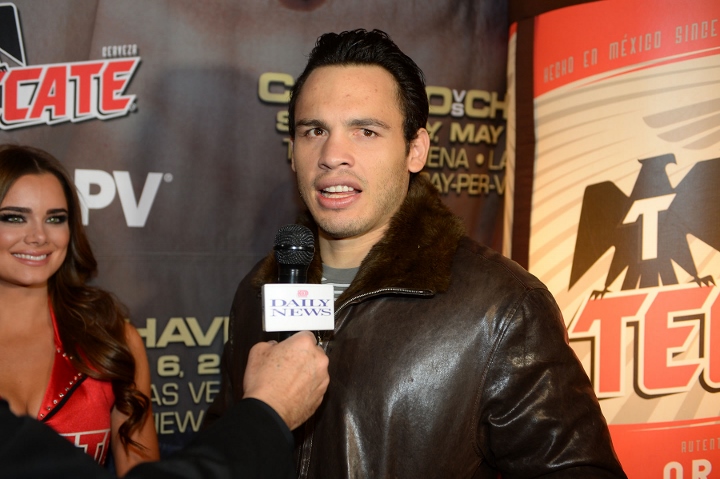 The date of December 14 will be a packed night of boxing, as Top Rank plans to stage an event at Madison Square Garden in New York with WBO welterweight champion Terence Crawford facing mandatory challenger Egidijus Kavaliauskas and Teofimo López taking on IBF lightweight champion Richard Commey in the co-feature, plus the presentation of the Irish prospect Michael Conlan.

Regarding the location of the battle of Jacobs and Chávez Jr., there is talk of California or Las Vegas, although there is no certainty yet until it is time to announce that the contracts have been signed.

Unless a drastic change happens, in the next few days Matchroom will be able to finalize the fight for December 14.

Jacobs is returning after losing a twelve round decision against Mexican superstar Canelo Álvarez in May. It was Jacobs' last fight in the middleweight division, as this contest with Chavez Jr. would take place at 168-pounds.

In August, Chávez Jr. broke a layoff of more than two years when he returned with a knockout in a round about the Colombian Evert Bravo.

Once again, steering a fighter the wrong way. What happened to the Jacobs/Charlo grudge match? [url]https://youtu.be/wZVxJzzyM7g[/url]

more brain damage for Jr. He should fight Angulo, Margarito, Marco Reyes people at that level. His management team sucks.

if that's true then Jacobs is probably moving up to 168 and he wanted an easy fight there first. Not a good fight at all but won't crucify Jacobs for it.

[QUOTE=JLC;20062197]Honestly, I posted that first thing in the morning before I had waken up all the way. You right man, my bad. I’m sorry for wasting y’all a time reading that.[/QUOTE] :rofl: Considering who we're referring to, your logical reasoning…