Chavez Jr: Ref Told Me He Would Disqualify Cazares - Then Scorecards Came!

Former WBC middleweight world champion Julio Cesar Chavez Jr. has claimed that he should have received a disqualification victory over Mario Cazares.

Last Friday in Tijuana, Chavez Jr. lost a six round technical unanimous decision to Cazares in a light heavyweight contest.

The fight was the first for Chavez Jr. since losing by way of a TKO at the hands of Daniel Jacobs in December of 2019. 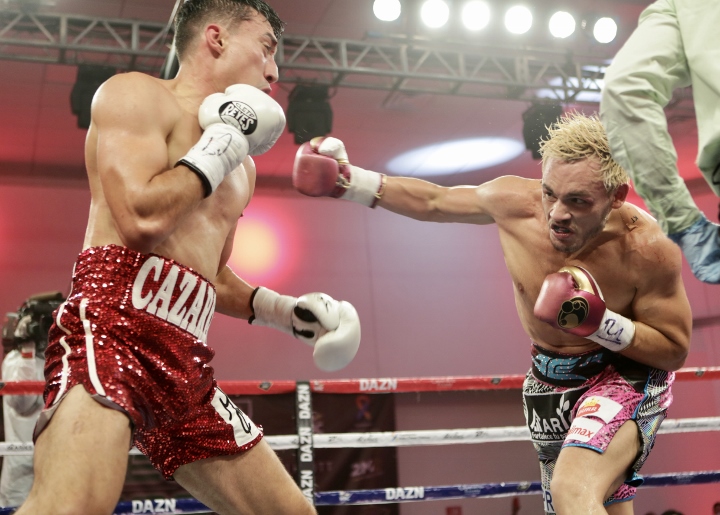 The fight with Cazares was stopped early due to a cut sustained by Chavez Jr. around his left eyelid.

It was ruled that Chavez's cut was sustained from an accidental clash of heads, but several video replays were unable to pin down the exact moment where a clash of heads created the cut.

According to Chavez Jr, the referee of the fight, Fernando Renteria, told him that Cazares was going to be disqualified.

With the scorecards going against him on a card in Mexico, Chavez Jr. says the unexpected defeat is concrete proof that he doesn't receive any favors from officials.

“What benefit is there to be me? None, like right there, they could have helped me with the decision because the fight was even, and they didn't. It is good that [the critics] realize that I have never benefited with decisions. They have always said [that I always benefit from the judges] and that is a lie," said Chavez Jr.

Bahaha. Nice justification for quitting Jr! "I tried to find a way out of the fight and the ref said I would win if I quit and then he went back on his word. Bastard!!"

The father fought harder than the son. I thought the father lost too.

Haha that is classic. Davidson would be perfect as Chavez jr.

[QUOTE=Eff Pandas;20784851]This mofo lmfao. [B]If someone ever makes the movie on JCC Jr's boxing career it'll be a comedy.[/B][/QUOTE] Played by Pete Davidson, of course.