According to a report by TMZ Sports, the Los Angeles home of former WBC middleweight champion Julio Cesar Chavez Jr. was burglarized - with the intruders taking roughly $750,000 in jewelry and other valuables.

Chavez, 34-years-old, believes the burglary took place last week while the family was out of town. TMZ indicates that the intruders entered the home through a bathroom window.

Law enforcement sources told the outlet that Chavez and his wife, Frida, advised them that the burglars had taken several items including a small safe that contained roughly $600,000 in jewelry and designer purses. They also came away with around $150,000 in other belongings from around the home. 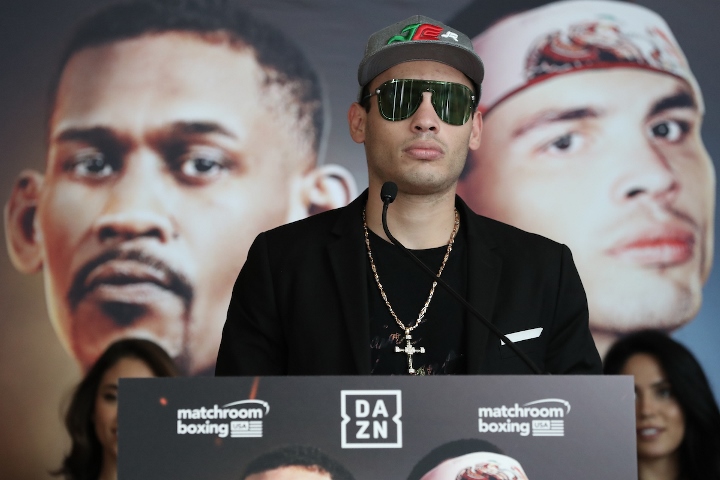 The local authorities are investigating the matter, but so far no arrests have been made and no suspects have been named.

They are evaluating every angle, including Chavez's marriage to his wife Frida, who recently gave birth to their second child.

Edgar was killed in 2008 when he was ambushed in a supermarket parking lot by a gang of rival cartel members.

Law enforcement sources told TMZ that they are fully aware of the family ties -- but it's unclear if the El Chapo connection has anything to do with the burglary.

Chavez Jr. was not the only boxing figure to have their home violated this week.

BoxingScene.com previously reported that several days ago the home of WBC President Mauricio Sulaiman was burglarized. Neither Sulaiman or any family members were present when the incident took place at their residence in Santa Fe, Mexico. A safe and other items were stolen.

[QUOTE=Robbie Barrett;20841972]Person A. We have a fire alarm, why didn't you evacuate when it went off? Person B. There was no alarm. I don't know why you're finding this difficult. :lol1:[/QUOTE] So you are admitting you are person B?

[QUOTE=ShoulderRoll;20842180]Don't mess around with the ex of El Chapo's son. :dunno:[/QUOTE] lmfao I thought that funny, tmz try to sensationalize anything.