Chavez Aims To Shock Jacobs, Get Canelo Rematch at 168 or 175

Former world champion Julio César Chávez Jr (51-3-1, 33 KOs) is not walking away from the opportunity to relaunch his career.

Chavez is under a hot seat right now, but he intends to push forward with a planned fight against fellow ex-beltholder Daniel Jacobs (35-3, 39 KOs) on December 20, in a super middleweight contest from the Talking Stick Resort Arena in Phoenix, Arizona. 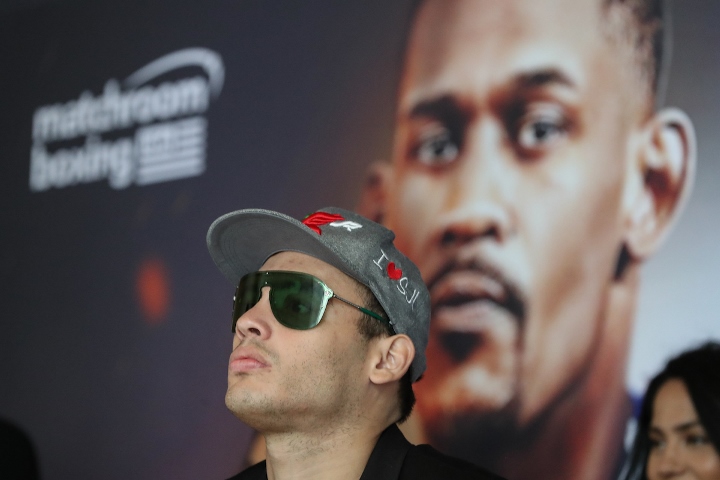 Chavez Jr. is currently suspended by the Nevada State Athletic Commission, after refusing to take a random drug test. The fight was initially targeted for Las Vegas, but it was moved after the NSAC handed down a suspension on the Mexican boxer.

He has to appear at a commission hearing on November 20, and many believe that they are likely going to uphold their decision to suspend him. Their decision could potentially scrap his fight with Jacobs. During the course of his career, Chavez has been suspended twice by the NSAC for drug test violations.

If Chavez gets pulled from the fight, he will be replaced by Gabe Rosado, who competes on the undercard.

"I did not choose [Jacobs], it was an opportunity that presented itself to me after having been inactive for a long time. The last one in San Juan de Los Lagos, Jalisco - I fought for just one round, and this opportunity presented itself," Chavez said.

Chavez's last fight was his first, since the May 2017 decision loss to Canelo Alvarez.

They fought at a catch-weight of 164.5-pounds, with Chavez stating that he killed his body to make the contracted weight.

He hopes to secure a victory over Jacobs in order to secure a rematch with Canelo in the light heavyweight division, where Canelo recently won the WBO world title with a knockout of Sergey Kovalev.

"I would love to come away with the victory in this fight and face [Canelo] at my weight, at 168 or 175 pounds," Chavez said.

Statements like these got me thinking he's back on that powder

[QUOTE=Jab jab boom;20195372]sounds like a delusional Coke snorting and pill popping rant you're on. You don't even own your own life. You're nothing but a lowlife ex con drug addict who won't ever amount to s***. The highlight of your…

[QUOTE=BigStomps;20195010]Bow down to me you crackhead biitch! You think i give a fucc about lames like you on here?? ? Yes i like doing coke. And???? I own you punk! Your my own personal biitch! Remember that punk![/QUOTE] sounds like…

[QUOTE=Jab jab boom;20194961]all you did was admit that you're a Coke whore on here and that you get paranoid anytime the word Coke head is mentioned. In what world is that a win? Lmaooo clown ass b***h.[/QUOTE] Bow down to…