Ronnie Shields, head trainer for WBC middleweight world champion Jermall Charlo, has warned that they are not training for a distance fight.

Charlo will make a voluntary defense of his title against highly-ranked contender Dennis Hogan on Saturday, December 7, in a Showtime televised main event from the Barclays Center in Brooklyn, New York.

Earlier this year, Hogan appeared to pull off an upset decision win over WBO junior middleweight champion Jaime Munguia, but the scorecards went in the other direction. 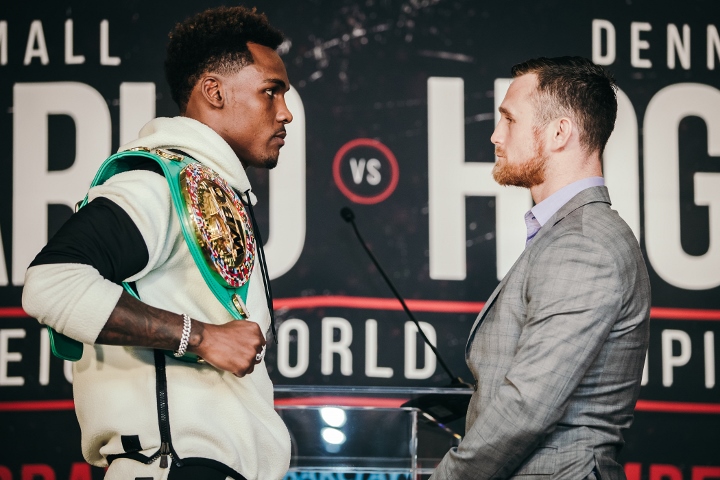 In his last two outings, Charlo has gone the full twelve round distance. This time around, he's motivated to close the show early.

"We're not planning to make this go the distance and have this be a close fight. We're working on speed and combinations more than anything. I think you're going to see a little bit different Jermall than from his last fight. We all have dreams, Dennis Hogan has dreams, but Jermall turns dreams into nightmares," Shields said.

"Jermall is really excited as always to fight on Showtime. When he fights in Brooklyn, he's extra motivated to make Barclays Center his home. There are great fighters here in New York, but he's put on great shows in the past and he's looking forward to putting on an even bigger show next time."

Shields watched Hogan's last fight with Munguia and he felt strongly that the Irish fighter had done enough to come away with the win. They are not taking him lightly as the fight draws closer.

"I've been studying Hogan on video. He's a very determined fighter. He comes to fight. I thought he won the fight against Jaime Munguia. I can understand how he feels right now. But we have to show him something different," Shields said.

[QUOTE=GFunk23;20145659]Yes it was definitely one of those typos that screws the whole message up. Good thing it wasn’t an important email to a client....[/QUOTE] Yeah...big ups bro

[QUOTE=Mateuz asato;20145213]Missing "coach" kinda changed the narrative[/QUOTE] Yes it was definitely one of those typos that screws the whole message up. Good thing it wasn’t an important email to a client....

[QUOTE=GFunk23;20136869]My bad, my post was missing “coach” after “Charlo’s”. It’s just a ridiculous thing to say and be quoted on. Totally meaningless bs spewing.[/QUOTE] Missing "coach" kinda changed the narrative

[QUOTE=GFunk23;20136869]My bad, my post was missing “coach” after “Charlo’s”. It’s just a ridiculous thing to say and be quoted on. Totally meaningless bs spewing.[/QUOTE] The "I am normal paradox" great example

[QUOTE=Oldskoolg;20135975]So I’m going to ask, if this is a garbage fight, who would you prefer him to fight? Who would you like to see him fight for the next 3 fights?[/QUOTE] Charlo is not exactly a fighter I look forward…