Charlo vs. Monroe, Charlo vs. Harrison - Finalized For 12/22

Premier Boxing Champions has finalized a doubleheader for December 22nd at the Barclays Center in Brooklyn, New York.

There will be a press conference held on Thursday, at Barclays, to officially announce the card - and the Charlo twins will flip a coin at the press conference to decide which of them will be featured as the "main event" of the card. 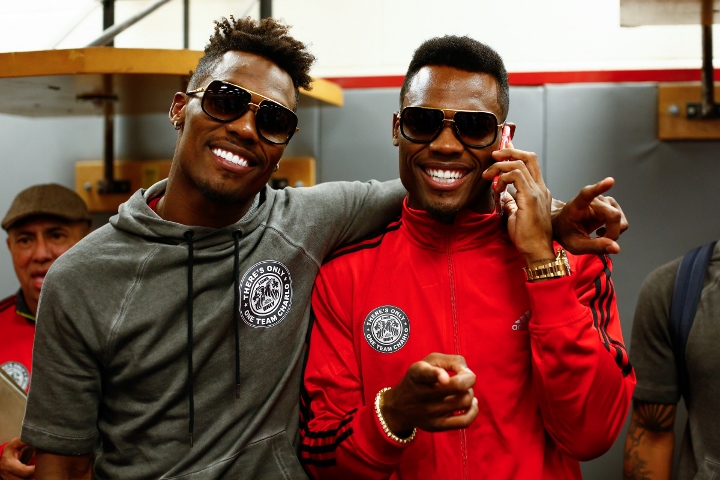 Jermell Charlo (31-0, 15 KOs) retained his title back in June, with a twelve round decision over former world champion Austin Trout, who went down twice in the contest at Staples Center in Los Angeles.

Harrison (27-2, 21 KOs), who is a solid boxer and has some pop, has won three fights in a row since suffering a ninth round knockout at the hands of current unified champion Jarrett Hurd in February 2017.

Harrison saw action in May, when he picked up a ten round decision over Ishe Smith.

Jermall Charlo (27-0, 21 KOs) was in action in April, with crushing second round knockout of Hugo Centeno, at Barclays.

Monroe (23-3, 6 KOs) is taking part in his third fight of the year. He's won two in a row since suffering a twelve round decision loss to then WBO middleweight champion Billy Joe Saunders in September of 2017.

The doubleheader event is the first portion of the recent multi-year content deal that Premier Boxing Champions finalized with FOX.

[QUOTE=killakali;19235473]u been hiding. I shut u down in 4 threads. You’re the same idiot who thought Errol Spence shell promotional company got a piece of the foreign tv money lmmaaaaooooo[/QUOTE] The record is public; the log of all the ****…

This card is a setup. They are full of mismatches and this is what the PBC choose as their inaugural card on the Fox primetime network?

[QUOTE=Scipio2009;19234556]Lol, nice try at the pivot, but it's not working. Hold tight to that DAZN dream though.[/QUOTE]u been hiding. I shut u down in 4 threads. You’re the same idiot who thought Errol Spence shell promotional company got a piece…

[QUOTE=MasterPlan;19234386]WBA has yet to mandate anything. WBC has. But since GGG has come out and said he won't fight Charlo, Charlo-Monroe probably becomes for a shot at Canelo.[/QUOTE] That makes sense. Thanks mate 👍

[QUOTE=killakali;19234400]I know u been hiding. Glad to see u grew a verga and came back after I shut u down on 4 different posts.[/QUOTE] Lol, nice try at the pivot, but it's not working. Hold tight to that DAZN dream…