It’s fair for the Charlo twins to have expected a massive crowd on hand for their first shared Pay-Per-View event.

Instead, the pair of reigning titlists will have to settle for what it takes to remain active during the ongoing coronavirus pandemic, which means fighting in an empty room. None of that, however, will change the stakes for what many observers feel are the toughest fights of their respective careers.

“Not having the fans, it’s going to be different but it’s still going to be high level, though,” Jermell Charlo insisted during the most recent installment of Showtime Basketball’s All The Smoke podcast. “I believe the fans can be more of a distraction than anything. So, not having fans is going to make your IQ sharper. It’s going to make you hit harder, you’re going to hear your sounds.” 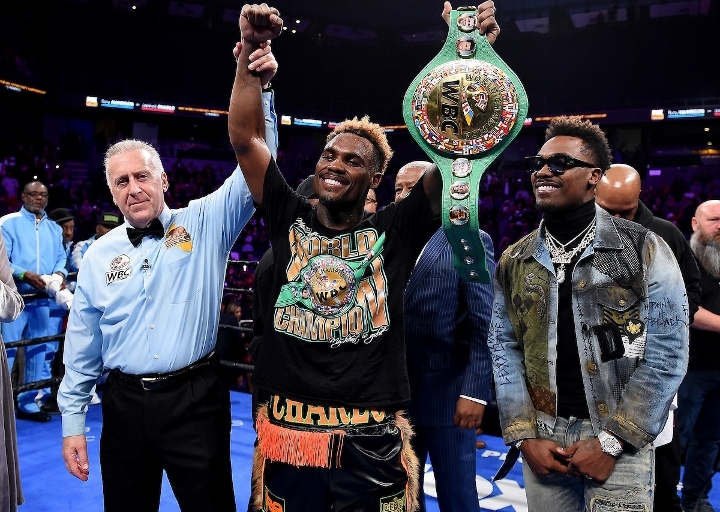 The sentiment is shared by his twin brother, who joined him on the podcast ahead of appearing in the same crowdless venue this weekend.

"Shoot, remain comfortable,” Jermall insists of the best way to approach the different kind of fight night. “It’s already an uncomfortable situation. You have to go in there and remain comfortable. Y’all seen LeBron [James, NBA superstar]. LeBron had a hard time coming back when he first came to the bubble. He wasn’t performing the same way. He was used to the crowd getting on their feet whenever he dunked.”

The lack of reaction to what takes place in the ring remains an awkward feeling for home viewers ever since boxing returned this past June after being all but shutting down in mid-March. Stateside televised shows have been limited in attendance to the boxers, their immediate team members and deemed essential personnel.

The one-of-a-kind event this Saturday marks the first boxing PPV event during the pandemic, which has required different methods of promoting and preparation. For the boxers, it also means a different way of going about your everyday business.

“They doing a lot of COVID-19 precautionary stuff, you know. I respect it,” notes Jermell, whose last fight came in a title-regaining 11th round knockout of Tony Harrison last December to avenge his lone career defeat. “So, if you want to go in there and make some money, you have to go in there and adapt to that part of it.”

Of course, the true test for all boxers comes at the sound of the opening bell and the actual fight begins.

“We don’t know right now [what it will be like],” admits Jermall, who is coming off of a 7th round knockout of Dennis Hogan last December in Brooklyn, New York. “We haven’t fought without no fans. There’s fans always watching us at all times. Any given momentum the fight can change.

“We have to stay focused, stay zeroed in, stay locked in. We gonna get these dubs.”

[QUOTE=The Dominator;20772616]Oleksandr Khyzhniak would beat both Charlos on the same night on his pro debut.[/QUOTE] Oleksandr Usyk will also beat them, but hey there are weight classes in boxing.

Derevyanchenko is definitely gonna win I'm certain of that. Just hope theres no robbery. But everyone will know the true winner. Hopefully Rosario makes it a double beating. Charlos are the most overhyped fighters, unbelievable how much the LDBC talk…

Oleksandr Khyzhniak would beat both Charlos on the same night on his pro debut.