Charlo's Trainer: Derevyanchenko is Frontrunner For Next Fight

Ronnie Shields, the trainer for WBC middleweight champion Jermall Charlo, says the number one contender, Sergiy Derevyanchenko, is at the moment the frontrunner opponent for his boxer's next fight.

Charlo has been out of the ring since December, when he blasted out Dennis Hogan in a voluntary defense.

Shields admits that their preferred opponent would be Mexican superstar Saul "Canelo" Alvarez. 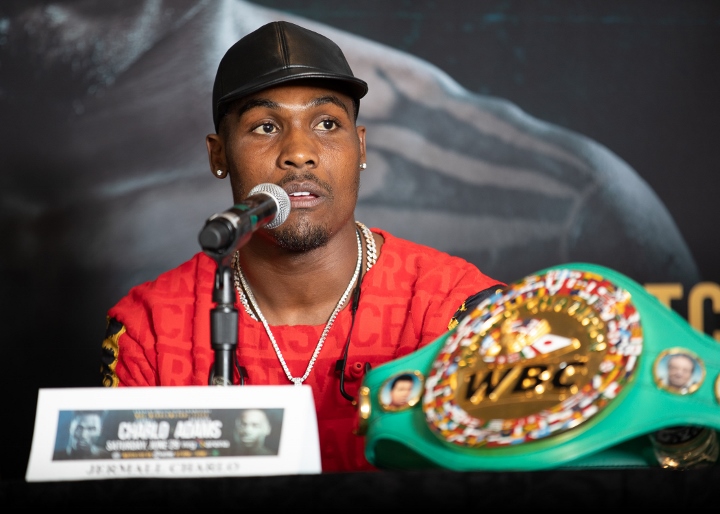 In 2019, Charlo was the WBC's interim-champion and was pushing to get his mandatory shot at Canelo.

But, the sanctioning body made Canelo the 'franchise champion' and automatically elevated Charlo to full champion status.

"I definitely want to see him fight Canelo. Jermall gets up for big fights. He knows how to get up for big fights. And this is a fight that he wants so bad. All fighters want to fight the best guys. In order to call yourself the best, you have to fight the best. Jermall has been asking for that fight for a long time. We really thought that one he became the number one contender, the fight would be easy to make," Shields told Ray Flores of Premier Boxing Champions.

"But you know what, he just said 'that he's going to fight whoever they put me in the ring with and maybe that will draw Canelo out... maybe he will see that I'm beating all these guys and he's go back down to 160 or we'll go up to 168 to fight him.'

"We're just hoping and praying that one day we can get him. But in the meantime, we have to fight whoever they put in front of us. And right now we have a guy that's ranked at number one in world right now, that's Sergiy Derevyanchenko... we're looking at him and I think right now he's probably the frontrunner for who we'll fight next. We just want to fight the best guys. Jermall says every day, he tells me every day 'I just want to fight the best guys out there.'"

[QUOTE=Califire209;20639640]I'm not a casual Homie I read this sport constantly and I know for a fact Eddie Hearn sent a contract to Charlo for a unification fight. Do some research casual[/QUOTE] no he didnt. he sent a prelim email for…

Charlo gets dropped, chopped, and stopped.

[QUOTE=LAchargers373;20636683]Ain’t no one ducking andrade stop itttttt lmao. He got dropped and split decision vanes matrosiyan and culcay beat him go watch fight. Jermall has a network deal he will not fight on DAZN and looking at how DAZN is…

[QUOTE=DM1-43;20638106]Everybody now says they want to fight the best but almost none of them do it. Same old tired story in boxing for the last few years. You have up and coming stars who all they do is fight C…