Charlo On Harrison Trilogy: Take That Sh-t To Pay-Per-View

ONTARIO, California – Jermell Charlo would welcome a third fight against Tony Harrison at some point.

The two-time WBC super welterweight champion even considers the potential completion of their trilogy worthy of headlining a pay-per-view show. Charlo discussed the possibility of a third fight with Harrison at a post-fight press conference Saturday night, after his 11th-round, technical-knockout win at Toyota Arena.

“I know probably a big question is would you do a trilogy?,” Charlo said. “Take that sh-t to pay-per-view. This could’ve easily been pay-per-view. You know what I mean? And Ontario did great. They showed up. FOX did an amazing job promoting, and all of the things we seen.” 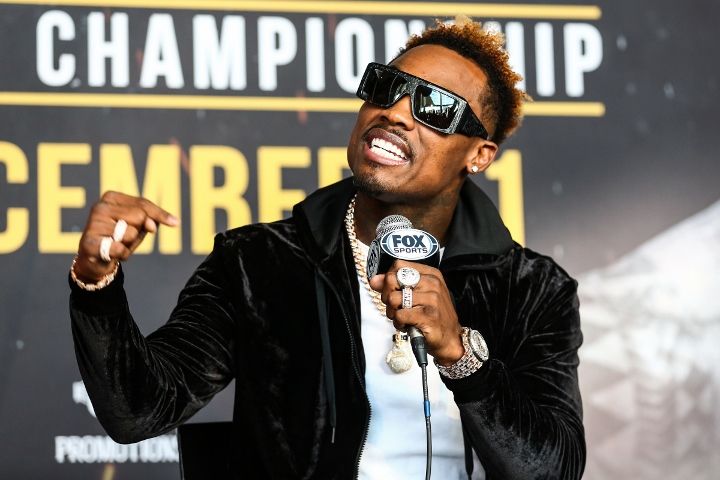 Neither Charlo nor Harrison has headlined a pay-per-view show. FOX aired each of the two Charlo-Harrison fights.

Both bouts were closely contested. Their rematch, which wasn’t viewed as a potential pay-per-view event, was a more entertaining, fan-friendly fight than their initial meeting.

The first meeting between Charlo and Harrison resulted in Harrison upsetting Charlo by unanimous decision almost exactly a year before Saturday night.

An immediate rematch was scheduled for June 23 in Las Vegas. Harrison withdrew from that fight three weeks earlier due to an ankle injury, which caused nearly a six-month postponement.

Harrison’s one-year layoff was the longest break of his career. He still fought well Saturday night in what was a very competitive rematch.

Charlo dropped Harrison with a left hook late in the second round. Harrison recovered, however, and was ahead on one scorecard entering the 11th round (95-94).

Charlo knocked down Harrison twice in the 11th round, the first time with a left hook, then with a combination of a left hook, left uppercut and overhand right. Harrison got up from that last knockdown, but referee Jack Reiss stopped the action once Charlo unloaded several power punches when a staggered Harrison was backed against the ropes.

[QUOTE=kiaba360;20276589]Would PBC actually allow this to occupy one of their PPV slots?[/QUOTE] The undercard has to have Jermall vs Andrade, J-Rock vs Hurd

[QUOTE=j.razor;20275918]Dude got dropped 3 times in the fight :dunce:[/QUOTE]that's not power that's fatigue.when fighters become fatigued any boxer with a decent punch can get a knockout.im talking about one round knockout power and your done.neither has that

Would PBC actually allow this to occupy one of their PPV slots?

Charlo got robbed in the 1st fight & knocked him t'f out in the 2nd, no need for a rematch when he's the better man.

[QUOTE=ThomasJK;20276359]I totally agree. Entertaining fight, but realistically,..under card worthy at best.[/QUOTE] Exactly... it could main event a showtime or fox broadcast but as a PPV, absolutely no chance.