Charlo: I Want To KO Harrison, He'll Be Very Injured If It Goes 12!

Jermall Charlo is looking to close the show early, when he faces WBC super welterweight champion Tony Harrison in a rematch on December 21 from Toyota Arena in Ontario, California.

They met last December, with Harrison walking away with what some saw as a controversial decision win to capture the WBC crown.

The rematch was slated to take place back in June, but was postponed after Harrison suffered torn ligaments after spraining his ankle in training. 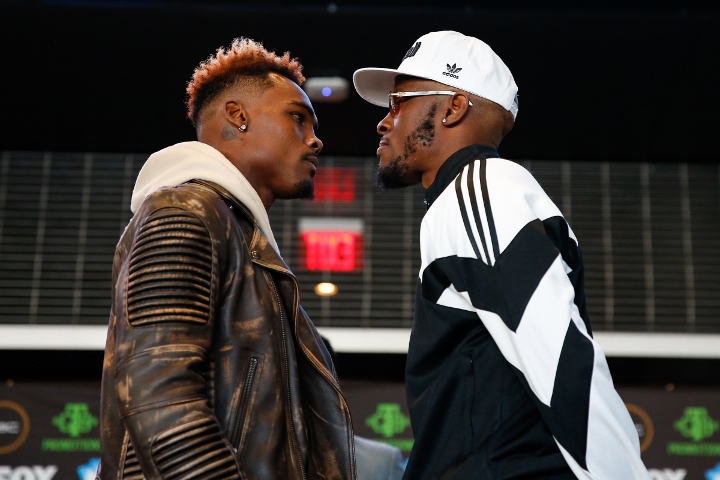 Harrison was replaced in the fight by Jorge Cota, who was brutally knocked out.

Charlo, who feels confident that he did enough to win the first time around, is not looking to take any chances by allowing the contest to reach the judges. He wants to end Harrison before they reach that point.

"I still feel strongly that I won that first fight and I'm going to do things in a more dominant fashion this time," said Charlo.

"I'm coming in to this fight being the overpowering, strong, ferocious Jermell Charlo. Tony Harrison is not on my level. It's my job on December 21 to prove that and to prove my worth. I'm coming in there mentally focused. When I fought Jorge Cota, that's a prelim of what's to be expected from me in the future.

"I want to look for the knockout and set it up. I don't want it to go the judges. That's my worst nightmare. If it does go 12 rounds, he's going to be very injured at the end. The loss taught me how to be more patient and to take things step-by-step. I'm going to show everyone why Jermell Charlo is a threat to the whole 154-pound division. I personally feel I'm the best in the division. I'm an upgraded Jermell Charlo that you'll see on December 21."

Why is this fight in Cali??? This should be in Houston or New York???

Jermell: "I'm glad I kept my composure, because I woulda done something really bad to this individual (during a heated staredown) but I have to think about my career... Harrison: "HA!" Jermell: "keep your cool...I'm different, I dont play that.…

That is exactly why Tony Harrison gave him problems the first time around. Head Hunting and trying to get to his Chin and Tony Harrison was countering and having his moments. Jermell Charlo was a outstanding Skilled Boxer with Ronnie…

[QUOTE=Eddy Current;20174882]I've noticed that too that Jermall is more humble than Jermell. It almost seems like he's older even though they're twins.[/QUOTE] Agreed. He does come across as a lot more mature

[QUOTE=megh50;20173387]I hope it's another "Lion on the canvas" scenario. The arrogance of this guy is ridiculous. There is no tongue in cheek stuff like with Wilder and Fury; it's just plain ignorant. Another loss would bring some well-needed humility. His…