The unbeaten champion says he is undergoing a great preparation to face Trout, who will be a complicated rival. Trout's twin brother, Jermall Charlo, already holds a twelve round decision win over Trout.

"Every fight is important. I know I cannot take anyone lightly. I feel very good, I have the right weight and I am really happy to face Trout. I'm going to show everyone on June 9, to achieve a spectacular triumph  We are ready to continue doing shows for everyone. My brother did his thing in Brooklyn and now we take it to the west coast. I love Los Angeles. I live here, and I love to train here. Jermall and I have knockouts at Staples Center and I will add one more on June 9th," Charlo said. 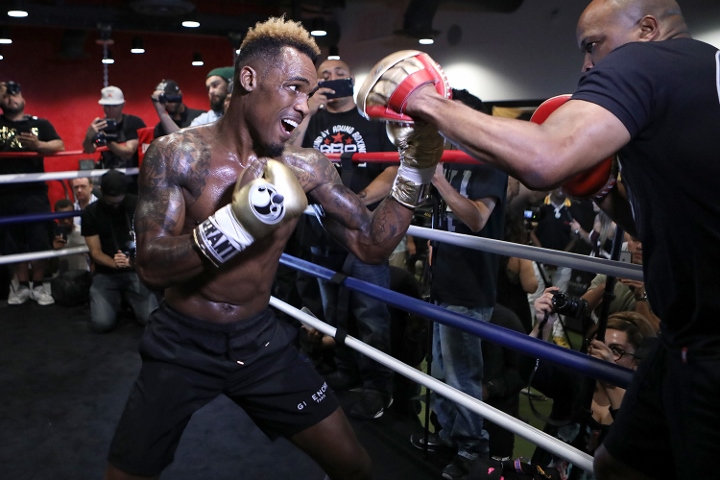 Trout is now being trained by veteran coach Barry Hunter, who is best known for helping Lamont Peterson, Adrien Broner and several others.

Charlo is not worried about the training switch.

He's very confident in his own abilities and the abilities of his head trainer, Derrick James.

Trout has been discussing the idea of a physical fight - and Charlo is embracing the very idea of making things very physical when they step in the ring.

"I'm definitely growing as a fighter and growing as a man. If Trout wants to bang, let's bang. I don't care what Barry Hunter has or what he does, it's not going to be able to beat me and Derrick James. I don't necessarily think Trout is as tough as me so if he can't put up the skills and match my ability, he won't beat me that night," Charlo said.

I hope Trout gets the win. Always liked his style and attitude.

That sounded a bit gay. Maybe because I'm not a fan of the Charlos :burnout:

Trout is a good boxer but his time is done.

[QUOTE=Andre_parker1;18822217]this is a showcase fight for jermell against a skillful experienced southpaw in austin trout,unfortunately jermell's gonna sleep him[/QUOTE] Agreed. Trout is a real pro though so I hope he gives a good fight