The year-end edition of Premier Boxing Champions (PBC) on Fox delivered in every way imaginable from the undercard through the main event.

Early returns suggested it delivered in a big way on the ratings front as well. 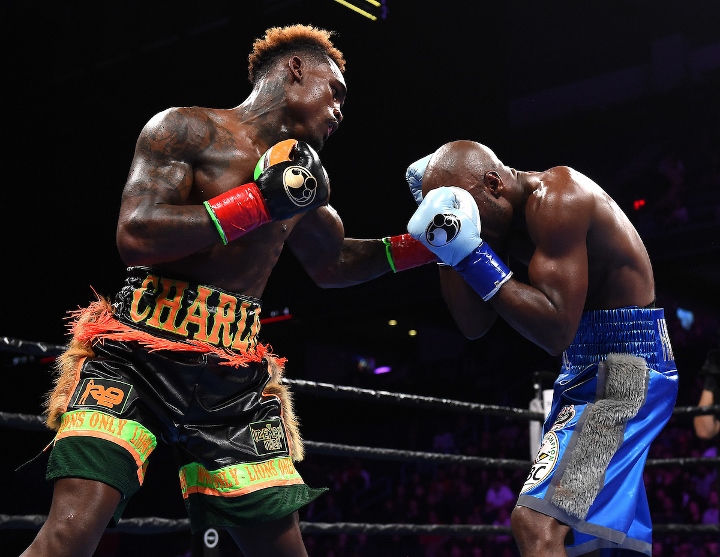 The preliminary viewership rating places Saturday’s show as the second-most watched boxing telecast of 2019, trailing only the January 26 edition of PBC on Fox topped by the ring return of then-unbeaten welterweight Keith Thurman in a 12-round win over Josesito Lopez.

The 1.3 metered market rating—which is a sampling of overnight data collected from the top 44 U.S. televised markets—is tied for the second most-watched boxing telecast of the year, placing it alongside a March 9 card which featured then-welterweight titlist Shawn Porter in a narrow win over Yordenis Ugas, which also aired on Fox.

Both shows saw a significant spike in overall viewership average from overnight ratings to final viewership. Thurman-Lopez and Porter-Ugas a drew well over 2 million viewers, as did the headlining act for the PBC on Fox card featuring the first fight between Harrison and Charlo but which was topped by Jermell’s twin brother, Jermall Charlo in a 12-round win over Matt Korobov which peaked at 2.421 million viewers.

Saturday’s rematch was originally scheduled to take place this past June, only for Harrison to suffer an ankle injury which forced a lengthy postponement while waiting on an available date. Charlo still fought in June, tearing through late replacement Jorge Cota in a bout which averaged 1.832 million viewers.

The strong viewership for the rematch is in line with fan engagement throughout the telecast, and with the likely scenario of better news to come as figures generally trending upward once final numbers are released after the holidays. As it presently stands, PBC on Fox will boast the eight most watched bouts of the year.

... from where I stand: Spence's interview and Harrison "caused" the viewership...

Tank/Gamboa should be on FOX

It’s a good match up, hope they have the rubber stamp fight Either that, or the unification fight everyone is waiting for Hopefully Jermell uses his momentum now and doesn’t fight another scrub next, stalling his career like his brother

That’s great news, I feel like maybe more fights need a bit of a backstory to better capture the attention of the public. With the UFC you always have a backstory and so much coverage of the back and forth…

[QUOTE=j.razor;20275382]:wtf: You weirdos think of ANYTHING to hate don't you? Figures....[/QUOTE] When you can’t seem to find an argument you sir will just go looking for one As usual inventing bullchit or maybe the problem is you believe your own…