Charlo: Harrison is Lucky He Didn't Accept This Fight With Me!

Former super welterweight world champion Jermell Charlo had anticipated this night would be all about him returning to championship glory.

But it wasn’t to be. Charlo accomplished something just as sweet – a picture perfect knockout victory over dangerous veteran Jorge Cota in the main event of PBC on FOX Fight Night from Mandalay Bay Event Center in Las Vegas.

Like a home run hitter sitting on a 3-2 fastball, Charlo (32-1, 16 KOs) delivered a devastating one-two that came right down the middle, crashing flush into Cota’s face and sending him spiraling down and flat on his back on the apron of the ring. The end came at 2:17 of the third round as referee Jay Nady stood over the prone Cota (28-4, 25 KOs) and waved the fight off without picking up a count. 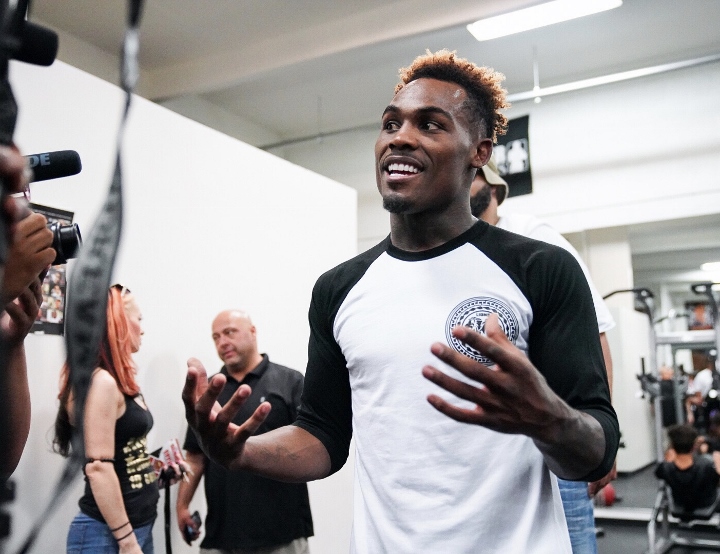 Charlo’s victory sets up a rematch with WBC Super Welterweight World Champion Tony Harrison, who scored a unanimous decision over Charlo to take away his title on Dec. 22, 2018. Harrison, who pulled out of Sunday night’s fight with an injured right ankle, was sitting ringside for the fight. Cota of Sinaloa, Mexico stepped in to replace Harrison on three weeks notice.

“I’d like to thank you Cota. He stepped in the ring. The guy who proclaims he has the title didn’t show up,’’ Charlo said. “I got that knock out right in front of my family. He was just getting started and I landed the clean shot.

“I’m trying to be great. I plan on getting the rematch next and then getting all of the belts by the end of the year. Tony Harrison is in the building, He’s lucky he didn’t accept this fight with me. I’m a much better fighter.”

Cota, who was a bit awkward, was open for the straight right hand down the middle from the opening bell. It took Charlo only a couple rounds to exploit the opening, but when he did it had devastating consequences for Cota.

Charlo, who is from Houston, scored the first knock down with a looping right that caught Cota on the chin. He went down quickly, and got up slowly on wobbly legs. Nady asked him if he wanted to continue and he said yes. As soon as Nady cleared the space, Charlo pounced on Cota like a hungry lion. He landed the one-two with lightning speed. Cota went down and the fight was over, leaving Charlo satisfied with the victory, but in a holding pattern until he gets an opportunity to regain his world championship.

[QUOTE=Rip Chudd;19854776]But Harrison did accept the fight. He had to pull out due to injury but he accepted the fight[/QUOTE] Tony either trained as much as possible to get a a serious injury or is faking it. Notice how Harrison…

[QUOTE=methodcal;19855760]You know he had surgery right!! You guys are ridiculous..... Or should he provide proof of injury to satisfy your chicken blahblah........[/QUOTE] Absolutely I want proof. So does charlo. Look we all know he pulled the injury card to get…

I personally think that Harrison is lucky to have gotten "injured". Respect to Harrison, but a controversial like he got deserves a rematch. He is champ, but many many do not see nor respect Harrison as a champ.

[QUOTE=methodcal;19855760]You know he had surgery right!! You guys are ridiculous..... Or should he provide proof of injury to satisfy your chicken blahblah........[/QUOTE] Small price to pay :lol1:....to keep your belt and avoid being viciously knocked out :lol1:

[QUOTE=Boxing lives;19854743]Tony Harrison really chickened out[/QUOTE] You know he had surgery right!! You guys are ridiculous..... Or should he provide proof of injury to satisfy your chicken blahblah........