Charlie Edwards says a domestic blockbuster with British rival Kal Yafai is "on the radar", but he must first have to overcome former sparring partner Angel Moreno when he defends his WBC Flyweight World title for the first time at the Copper Box Arena this Saturday, live on Sky Sports in the UK and DAZN in the US.

The 25-year-old stepped down a division to claim the WBC crown with a classy points win over Cristofer Rosales at The O2 in December and has already expressed his desire to become an "all-time British great" by winning World titles in multiple weight divisions.

Edwards remains willing to settle his long-standing feud with 25-0 Yafai, who holds the WBA Super-Flyweight World title, although he has questioned whether the Birmingham man is willing to accept the fight. 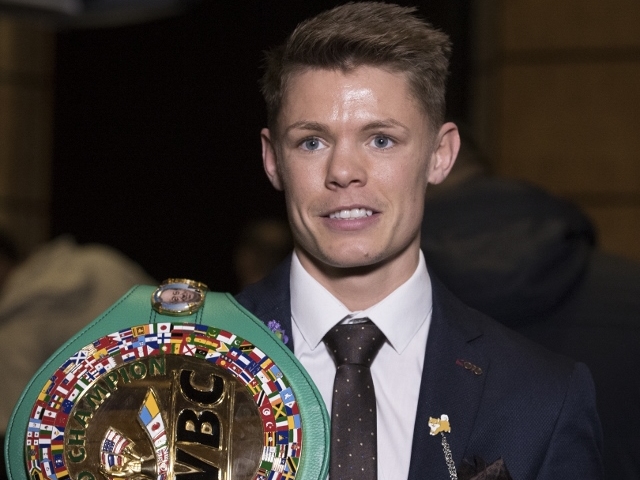 "He's on the radar, 100 percent," said Edwards. "It could be next, because I would have it next, but I know he won't, so it probably won't be next. I don't think he wants to entertain me at all. He made that pretty clear during the year when I was trying to call for the fight.

"I'm focusing on my own path. These big fights will come now I have a World title and when they do I'll be ready. I’m ready now to fight anyone and everyone. I'm ready to build a legacy, and have proper fights. To become a British great I'll have to win World titles at multiple weights, and that's exactly what I'll do.

"When I moved down to Flyweight, I stated to Eddie, I'm ready for anyone and everyone, and that's why he gave me the No 1 Flyweight in the division, and I went and did the performance that I did, and now I'm the No 1. I know I possess the self-belief and skill to become a World Champion in the Super-Flyweight division."

I like this guy, theres no hiding. He took every step up he could. It got him beat, then it got him champion.

A casimeros rematch would do much more

Unless Charlie's struggling to make weight @ 112Lb then that's where he should stay for now. Okay a fight with Kal makes good dough in the UK, but so do unification's.