Charles Martin: When I'm at My Best - Nobody Can Beat Me!

Former world heavyweight champion Charles Martin (25-1-1, 23 KOs) is hungry to get back in position for a world title opportunity.

Martin has won two in a row since losing his IBF world title in two rounds to Anthony Joshua in April of 2016.

On Saturday night, Martin will face his most stiffest test in the form of undefeated contender Adam Kownacki (17-0, 14 KOs). The contest will be televised by Showtime as part of a tripleheader. 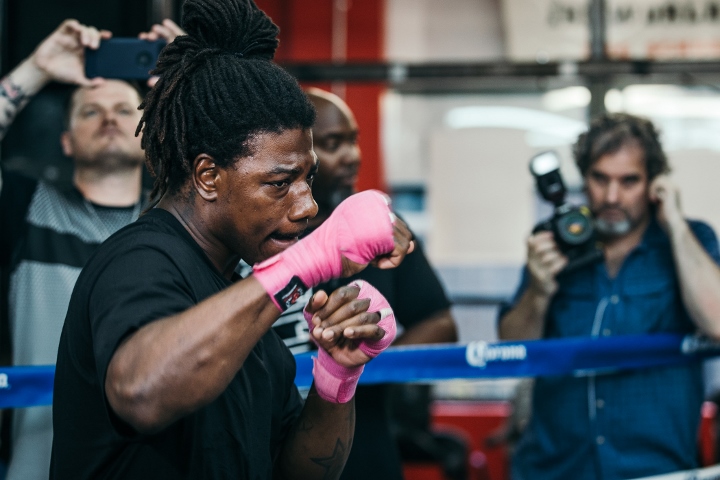 Martin is not too worried about the challenge that Kownacki presents.

The once-beaten former champ has been training hard to make a statement with the upcoming bout.

"I'm here to work towards getting my belts back. I'm going to keep working and grind until I'm holding the gold. I have the advantage everywhere over Kownacki. I'm just a better fighter but I'm also bigger and stronger," Martin said.

"We're just getting everything perfect right now. My team has done a great job getting me here and I feel great. Everything is leading up to fight night in Brooklyn. I feel strong and ready. I'm older and wiser now and I'm really taking into consideration what it takes to be a champion. I got a taste of it but next time I'm coming to stay. Kownacki is a good fighter. He's very tough. There are some things we've worked on in the gym and we feel prepared for whatever he brings on Saturday."

Martin wants to shake off the bad vibe that his loss to Joshua created.

He admits his performance was poor and his level of training was not at his best. With a new level of dedication, he doesn't see anybody out there that can match him.

"When I'm at my best, nobody can beat me. There's no one in the world who can beat the best version of Charles Martin. I'm the only one that can beat me," Martin said.

I wish Martin would zip it up as in biggest fight of his li f he was only 10% . That's frustrating as people were after a good contest. So Martin is rubbing people's nose in it. Like dog owners…

i dont really rate charles martin, but I also think kownacki isnt all that good. Kownacki puts on good pressure and has some variety in his punches, but he leaves himself way too open and doesnt move his head at…

[QUOTE=Eff Pandas;19074586]I was just wondering what happened to Glazkov the other day. That knee injury musta f#cked his sh^t up. Been 2yrs & 8mos & nothing from him. Unfortunate for him obviously cuz he was talented & if not for…