Charles Foster wants to throw his hat deeper in the proverbial ring that is the light heavyweight division.

Foster will clash against gatekeeper Denis Grachev tonight at the MGM Springfield in Springfield, Massachusetts. The 10-round bout will stream live on UFC Fight Pass (4 p.m. ET/ 1 p.m. PT) and on Dropkick Murphy’s Facebook page.

Foster (18-0, 9 knockouts), who resides in New Haven, Connecticut, last fought on Mar. 16 in Boston, stopping Mike Jimenez in round nine of a bout between fringe contenders. 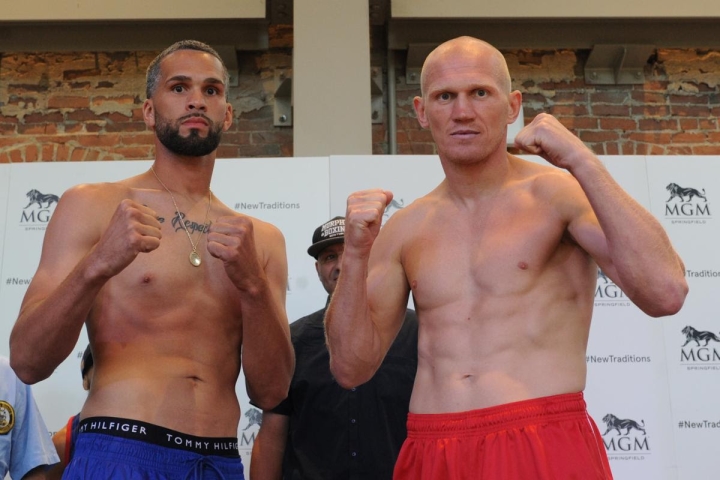 Over the last year or so, besides Jimenez, the 29-year-old Foster has faced stiffer opposition. Prior to the Jimenez bout, Foster faced and defeated Israel Duffus by unanimous decision over 10 one-sided rounds on Nov. 18. Foster also notched a victory over Alvin Varmall, Jr., who entered their May 11, 2018 bout unbeaten.

Foster is ranked No. 10 by the WBA, but can he put on an impressive outing against Grachev, who has faced the better opposition and has only been stopped twice.

Grachev (19-7-1, 10 KOs), who is originally from Russia and now resides in San Diego, has won his last three bouts, but against mediocre opposition. Prior to his last three victories, Grachev lost back-to-back decisions to unbeaten cruiserweights Imre Szello and Adam Balski.

The southpaw Grachev was stopped by South Africa’s Thomas Oosthuizen in November of 2014 and by Edwin Rodriguez in July of 2013.

The 35-year-old Kennedy stopped Michael Marrone in the opening round of his last bout on Mar. 16. Kennedy has won his last two bouts after fighting to a draw against Joel Caudle on June 23 of last year.

Vargas (20-5, 8 KOs), who resides in Sylvania, Ohio, was knocked out in the opening round of his last bout on Mar. 10 of last year. The 37-year-old Vargas, a 2004 U.S. Olympian, also has losses to Kevin Johnson and Dominic Breazeale.

Featherweight Shelley Vincent (25-2, 1 KO) from nearby Providence will square off against fellow Rhode Island resident Karen Dulin (3-19-1) in an eight-round bout.

Just got back from the fights. Foster won a decision but it was closer than the announced scoring. Niall Kennedy was stopped in a good heavyweight bout.